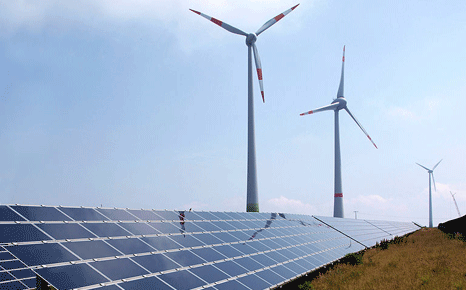 A coalition of business, politicians and NGOs have published a ‘National Energy Agreement’ to scale up renewable energy generation and energy efficiency measures to meet Holland’s 2020 targets.

The policy looks to increase the proportion of energy generated from renewable sources from 4.4% to 14% in 2020 with an investment of €375 million, together with proposals to shut down five coal power plants by 2017.

The authors say this will help the country to achieve a 60% reduction in CO2 emissions by 2050 compared to 1990 levels.

Led by the Social and Economic Council of the Netherlands (SER), more than forty organisations were involved in creating the Energy Agreement for Sustainable Growth. Dozens of scientists, business people, politicians and other Dutch stakeholders also contributed their ideas and insights to this process.

Although this lacks any legislative clout, Marga Hoek, president of business association De Groene Zaak and and directly involved in the negotiations told RTCC that this approach demonstrates the power of consensus of Dutch society in addressing complicated socio-economic issues.

“This agreement combines both sustainability and economy. It meets our goals in energy reduction, but also boosts the economy by creating new business and new jobs.”

Hoek stressed that the targets being set in the agreement are leading and fixed. “Now that we’ve reached this agreement, we will closely monitor its implementation. If the targets can’t be met due to old laws and legislation, we will make sure that measures will be implemented to reach the goals”.

This approach has been compared by some analysts to Germany’s climate friendly Energiewiende, or energy transition.

What makes it more challenging is that compared to other European countries, the Netherlands has a relatively large reserve of fossil energy carriers.

Three coal power stations are expected to be closed down on 1 January 2015 with the two remaining due for closure on 1 July 2017. The parties involved have made plans for the employees of these plants to get help to find new jobs and to provide attractive redundancy packages.

The policy expects at least 15,000 additional full time jobs to be created, so ex-fossil fuel employees should have plenty of options.

In terms of renewable energy, €25 million will be put towards research and developments in 2014 increasing to €50 million by 2017.

Currently, biomass accounts for more than 70% of all renewable energy and wind power for slightly less than 20%.

Other sources, including hydropower, solar energy and geothermal energy, accounted for just over 10% of all electricity consumption in 2012, approximately a half percentage point more than in 2011.

Hoek is confident that the country will be able to meet the objectives laid out in the policy.

“It’s a real big turning point. It’s a huge step from the past. If you want to make big changes you need all parties joining forces to get it done. You need politicians, government, business and the NGOs.

“This broad consensus ensures long term commitment to agreements like these. Our association will use the same approach for future agreements on raw materials and the food and agricultural business. This is the best way to safeguard a top ten position for our country in the global economic rankings”.