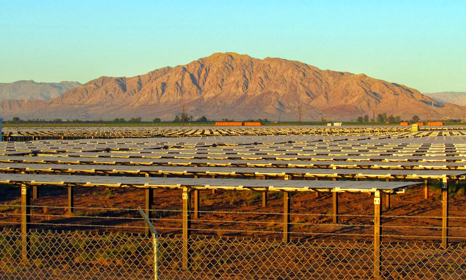 Google have continued their remarkable investment in green energy, with a $103 million commitment to a solar power project in California, which will generate enough energy to power 80,000 homes.

Google’s Head of Corporate Finance Kojo Ako-Asare writes: “we believe in a clean energy future, and we think that companies like ours can help make it happen.”

“We invest in these projects because they make business sense, because they help put more renewable energy on the grid, and because they have a positive impact on the local economies where they operate”.

California aims to be one of America’s cleanest states, and has already set up its own emissions trading scheme.

In total, Google has invested over $1 billion, generating enough renewable energy to power 500,000 US homes.

In September, Google agreed to purchase the entire output of the Happy Hereford wind farm outside of Amarillo, Texas.

The farm, which is being developed by a small Native American-owned energy company in Oklahoma, is expected to start generating energy in late 2014.