Tropics will see unprecedented changes to the climate system within next ten years, threatening biodiversity of the region 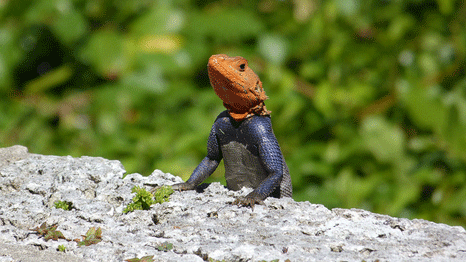 Today’s climate extremes will be the “new normal” for the tropics within a decade, say scientists from the University of Hawaii.

Diverse tropical regions will face unprecedented damage to its climate system ten years earlier than anywhere else on Earth, say the scientists, since they are unaccustomed to climate variability, and are therefore vulnerable to relatively small changes.

Published in the journal Nature, scientists found that, under a ‘business-as-usual’ scenario, the average climate system would be radically altered by 2047.

Even under a scenario where greenhouse gas emissions are stabilised, the world can expect this altered climate to set in by 2069.

“The results shocked us. Regardless of the scenario, changes will be coming soon,” said lead author Camilo Mora. “Within my generation, whatever climate we were used to will be a thing of the past.”

Such disruption will tamper with the Earth’s biological systems. Species will be forced to either move to a different location as they chase after suitable climates, or stay in their region and try to adapt to the changes.

Failure to adapt to the new environment could cause extinctions, says Ken Caldeira of the Carnegie Institution for Science‘s Department of Global Ecology.

“This work demonstrates that we are pushing the ecosystems of the world out of the environment in which they evolved into wholly new conditions that they may not be able to cope with. Extinctions are likely to result,” he said..

“Some ecosystems may be able to adapt, but for others, such as coral reefs, complete loss of not only individual species but their entire integrity is likely.”

Previous studies have shown that corals and other tropical species are already near their physiological limits. The fact that most of these areas of rich biodiversity are located in developing countries poses a further challenge to conservation efforts.