US delegation head home, but analysts warn current deal on table is not ambitious enough and will be a ‘hollow’ agreement 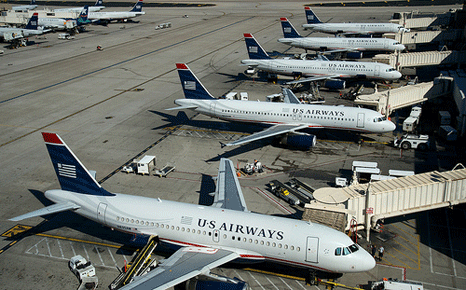 The absence of key US negotiators due to the government shutdown may ensure a more ambitious aviation emissions deal is agreed in Montreal this week say analysts.

The Obama administration closed down all non-essential operations on Tuesday after Congress failed to agree a new budget deal.

“The US shutdown is actually good because half of the US has had to fly home apparently and the weaker the US aviation the better for the climate so that’s kind of a nice benefit,” said Aoife O’Leary from NGO Transport & Environment, who is in Montreal.

“The US has been leading all the negative charge on this and they’re getting exactly what they want at the moment and even the countries that have been quite moderate in ICAO [have] joined in line behind the US. So it’s looking pretty bleak.”

It’s currently unclear how many of the US delegation have departed. RTCC has asked the State Department to confirm how many (if any) have left.

The UN-sponsored talks at ICAO involve envoys from 190 countries are aimed at developing a market based mechanism (MBM) for the global aviation industry that would reduce emissions.

The US has been historically opposed to any such deal, and vehemently opposed EU efforts in 2012 to unilaterally place all flights in and out of Europe under its own emissions trading scheme (ETS).

The EU has been pushing for ambitious deal to impose a carbon tax on all airlines using its airspace, but a draft deal presented this week suggests that was optimistic.

Described as a “dream come true” for airlines by O’Leary, it will not allow the EU to cover overflights – flights that do not land or take off from somewhere in the EU – without mutual agreement. This would mean the ETS could only cover sovereign airspace and not regional airspace as previously announced.

The draft text is expected to be finalised either Friday or Saturday this week.

“It is not clear yet how the EU would deal with this,” said O’Leary, “because it would make a big mess of the ETS. Unfortunately it seems that this will be the text that the majority agree to in the end.”

An alleged breach of airspace is one of the main objections by other countries.

“The argument all along about the ETS is it violates other countries sovereignty because we’re regulating the carbon emitted on someone else’s runway which is bullshit because nobody else was ever going to regulate that carbon anyway and it’s not like they’re particularly attached to that carbon – they don’t want anyone to do it,” said O’Leary.

“Even if every country in the world created their own airspace regime 78% of aviation emissions would still be unregulated due to the huge amount of carbon that is emitted over the high seas.”

These talks have gained added significance this week with the release this week of the Intergovernmental Panel on Climate Change (IPCC) report.

It warned the world can absorb approximately 1000GT of greenhouse gases — of which humans have already used up about two thirds.

Countries are expected to discuss the ‘budget’ at next month’s UN climate talks in Warsaw, but with aviation emissions expected to rise rapidly between now at 2050, the ICAO talks are seen as hugely important.

Some scientists say pollution from planes could be more damaging to the environment because of the altitude they are released, meaning carbon dioxide at that height could have greater ‘radiative forcing’.

She added: “Given the level of dissention I’ve seen on the ground here, it’s going to be a very uphill task if you’re ever going to get an MBM.