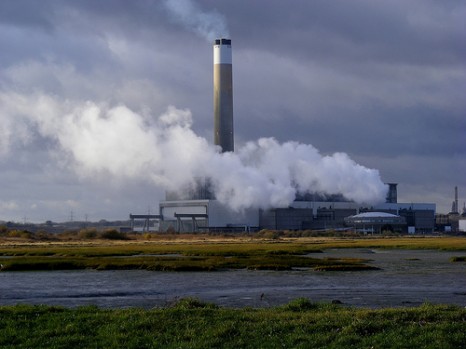 The UK and China have signed an agreement to accelerate the development of carbon capture and storage technologies.

It will see the countries exchange researchers and share expertise, with the construction of a CCS plant in China’s Guangdong region slated for 2014.

“The Coalition is determined to broaden and deepen our relationship with China, especially in relation to combating dangerous climate change and realising the huge commercial opportunities in the fast growing low carbon goods and services sector. International partnership is essential to both,” said Barker.

“This joint statement signals a commitment made by Guangdong Province and the UK to work together to develop a green, clean world for future generations.”

CCS technology is well advanced, but is currently too expensive and energy intensive to be used on a commercial basis.

It is seen as a critical tool in allowing countries to maintain their current energy strategies while reducing carbon emissions.

Today’s UN climate science report offered governments a guide of how much more carbon dioxide and other gases they can pump into the atmosphere.

Its ‘carbon budget’ to stay below the 2C level is between 800-880 gigatonnes of carbon.

By 2011 531 GT had been emitted, leaving 350 to play with, which as the Carbon Tracker Initiative reports is far less than global fossil fuel reserves.

With CCS the prospect of radically cutting the use of fossil fuels could change, although it is likely to be a considerable time before plants are operational on a commercial basis.

“Preparation for CCS is now in China’s Five Year Plan, so Guangdong is preparing to surpass all European efforts with one leap,” said Professor Stuart Haszeldine from Scottish Carbon Capture and Storage, one of the five research centres involved.

“This strategic and timely agreement will unite researchers from Scotland, the UK and China in the shared ambition of making swift and practical progress on CCS technologies. Guangdong is a leading province for industrial innovation in China.

“This MoU enables UK researchers and Chinese industry to exchange staff and expertise, so that decisions can be made in mid 2014 to commence construction”