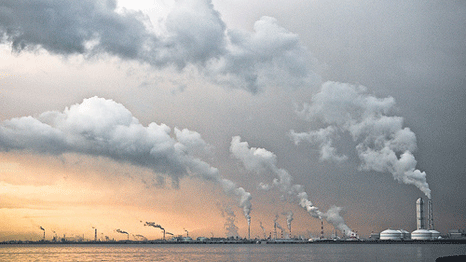 Nine coal-fired gas plants recently approved by the Chinese government could prove an environmental disaster, locking the country into a high carbon future and undoing the progress made from renewable energy.

The coal-fired synthetic gas power stations are capable of producing more than 37 billion cubic metres of gas annually, but at a cost.

This method of production would produce seven times more greenhouse gas emissions than conventional natural gas plants, as well as using up to 100 times as much water as shale gas production.

These are the findings of researchers from Duke University, who say that such environmental costs have so far been ignored in attempts to meet China’s growing energy demands.

But, they add in their report, published tomorrow in Nature Climate Change, the nine gas plants would come in addition to another 30 natural gas plants, capable of producing 200 million cubic meters of gas each year, which would far exceed China’s natural gas demand.

“At a minimum, Chinese policymakers should delay implementing their synthetic natural gas plan to avoid a potentially costly and environmentally damaging outcome,” said Chi-Jen Yang, lead author of the report.

“An even better decision would be to cancel the program entirely.”

The switch to natural gas is sometimes encouraged as a cleaner alternative to coal, but this analysis shows that if synthetic gas were used to generate electricity, the total lifecycle of the greenhouse gas emissions would be 36 to 82% higher than coal-fired power.

“The increased carbon dioxide emissions from the nine government-approved plants alone will more than cancel out all of the reductions in greenhouse gas emissions from China’s recent investments in wind and solar electricity,” Yang said.

“While we applaud China’s rapid development in clean energy, we must be cautious about this simultaneous high-carbon leapfrogging.”