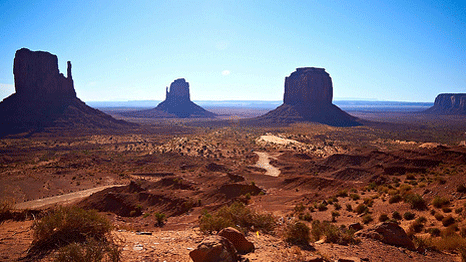 Land degradation around the world is likely to accelerate unless governments place a value on soil, water, trees and ecosystems.

That’s the finding of a new report released today in Windhoek, Namibia on the sidelines of a UN summit focused on desertification.

“Many decision makers in both developing and developed countries continue to discount the impact of land degradation on land system productivity,” it warns.

The Economics of Land Degradation Initiative (ELD), who produced the study, say crop yields worth US$ 1.4 trillion could be grown if sustainable land management practices are introduced around the world.

This means adopting farming and industrial practices that allow soils, water, animals and plants to flourish in the long term, and taking steps to restore damaged ecosystems.

The authors hope their work can have a similar effect in this sector as the 2006 Stern Report had on international climate change policy.

And they say their assessment provides policymakers with a ‘toolbox’ for working out how valuable certain areas of land are, along with their wider contribution to ecosystems.

Contributing author Stacey Noel from the Stockholm Environment Institute told RTCC the report is long overdue, and will be especially useful to governments in developing countries.

“I actually think that for politicians looking at the numbers, this will convince them, particularly African governments who are trying to choose the best development path, and the numbers make sense to them,” she said

“Everyone is concerned about food security, water and energy, but the fact is you can’t maximise all three.”

Currently around 168 countries are estimated to suffer from land degradation, costing the global economy an estimated US$ 40 billion a year.

Global soil erosion exceeds new soil formation by as much as 23 billion tonnes per year, or 1% of soil stock, a process described by some scientists as the ‘skinning’ of the planet.

Many environmental campaigners are fiercely opposed to placing a value on nature, arguing this will make complex and vital ecosystems that generate clean water and filter the air just another commodity that can be traded.

Noel disagrees, arguing that unless a value is placed on nature, it will not be recognised as a serious issue by politicians.

“Some things are invaluable, but showing the ways they can be valued I think is really important. I think it’s a bit cynical you can’t put a price on it.”

Richard Thomas, lead author on the report and Director of the United Nations University’s Drylands department says without an economic analysis, it will be hard to develop effective policies.

“If you can’t get the message through to the ministers of planning or finance you don’t get a look in,” he said.

“That’s why we are trying to speak the same language as those ministries that really make a difference in terms of allocating their national budget. You’ve got to get it up to that level.”

Establishing a clear method of valuing land is seen as critical in Africa, where foreign companies have been accused of vast ‘land grabs’ at knockdown prices.

The Land Deal Politics Initiative estimates 80 million hectares around the world could now be under the control of foreign companies, many who have no long term interests in safeguarding the local environment.

Thomas hopes their findings will encourage developing countries to think carefully about selling off land.

“This will hopefully level the playing field a bit and give them a better aggregate value of the land, so they’ll be in a stronger negotiating position,” he said.

Thomas says some speculators have secured land ownership with an estimated worth of $6000 a hectare at just $5.

The hope is that by forcing companies and business to pay a realistic price for lands, they will take better care of them.

“We’re not trying to commoditise land, we’re trying to raise awareness of the value of land,” he adds, “and make people aware of what they’ve got and what they are losing.”