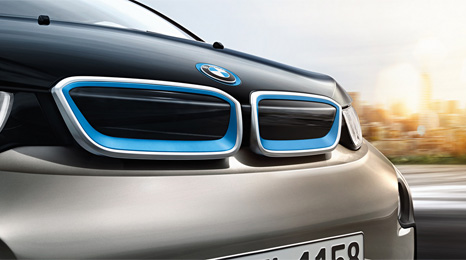 BMW is one of the main sponsors of this year’s UN climate summit, but has a history of blocking EU fuel efficiency regulations

Last week the organisers of the 2013 UN climate summit published their expectations for Warsaw. It was less than impressive.

They also launched their official website for the summit – featuring some pretty glaring misinformation on how to go about tackling climate change.

At these UN conferences, delegates from across the world are negotiating the kind of future we and future generations will have. If urgent, ambitious action isn’t taken, we’ll be left to deal with climate chaos for the rest of our lives.

Countries have just two years to ensure that a meaningful climate deal is on the table and ready to be signed by all countries in 2015. We don’t have time to waste with low expectations and no sign of real ambition in Warsaw.

This is the UK Youth Climate Coalition‘s message to Poland’s Environment Minister and COP19 President Marcin Korolec on how to lay the groundwork now for credible progress in November.

‘Do people have an influence on the climate change?’

You say: ‘Climate change is a natural phenomenon which has occurred many times before on Earth’.

UKYCC say: Don’t wait until your fourth point to mention ‘human activity’! It is misleading and undermines the nature of the problem we are facing – it is human behaviour that is destabilising our climate in a new and destructive way.

‘What can be done about climate change?’

You say: Turn the taps off while brushing teeth and print on both sides of a piece of paper.

UKYCC say: These small-scale changes will not achieve the societal shift we need to limit runaway climate change. Individual behaviour change is important but again, your answers are misleading.

The challenge we face is much more serious and requires significant action from governments. We will need European countries to lead on ambitious action to demonstrate to the rest of the world what can – and must – be done.

Sort out the sponsors

You say: “Representatives of the global business and industry must be actively involved in the climate negotiations.”

The climate negotiations need everyone who has a stake in finding solutions there – are these companies really committed to taking ambitious climate action over profit? We’re not so sure.

This conference needs sponsors who are leading the way to a low-carbon world. Business as usual means climate chaos.

Make sure Tusk gets the memo

You say: ‘Every one of us may contribute to stopping or, at least, limiting the climate change. These actions do not require expert knowledge or a lot of time or money, it is enough to bear in mind the best interests of the natural environment when making everyday decisions.’

UKYCC say: Please make sure your Prime Minister Donald Tusk gets the message. Particularly, in light of his recent announcement that Poland will not cut its coal output, but will continue to generate 90% of its electricity from coal.

We need to see significant action and advances at COP19 in Warsaw. The bizarre messaging on your website does not suggest accelerating action, strong statements or ambitious action! You’re negotiating our future.

We don’t need more discussions to ‘explore’ the issue. You accept you need to be ‘setting the right pace for the negotiations’.  We need ambitious action now.

We look forward to hearing from you and working productively in Warsaw.

This article was produced by members of the UK Youth Climate Coalition.