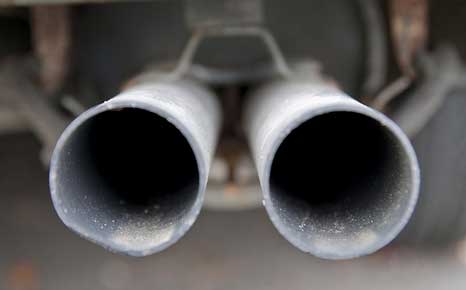 Carbon emissions produced under laboratory conditions were found to be lower than those released during driving under conventional conditions, says a report by the Brussels-based International Council on Clean Transportation (ICCT).

“Manufacturers appear to be taking advantage of permitted tolerances in the NEDC [EU test], resulting in unrealistically low CO2 emission levels,” it says.

The study raises serious questions over the C02 figures carmakers use when advertising models. For instance, 34g/km of CO2 equates to around €300 euros per year on fuel.

While there is no suggestion manufacturers have done anything illegal, it indicates that some emission labels could be misleading for consumers.

Figures from BMW, GM, Ford, Volkswagen, Fiat, Renault and Toyota were all scrutinised by ICCT, which reports “similar trends” in the past decade.

Companies prepare cars for testing well in advance, ensuring they are as efficient as is legally possible.

“The test is a standardised process, and real life is not,” Peter Wells, professor of business and sustainability at Cardiff University told RTCC. “Also manufacturers may optimise their engine management systems to meet the test, but actual drivers cannot.

“The issue is made complicated by weight gain in vehicles over time versus improvements in engine performance.”

According to Brussels-based NGO Transport and Environment (T&A), there are about 20 ways carmakers “creatively” re-interpret test procedures.

Tricks include taping over cracks around the doors and grills; over-inflated tyres; adjusting the wheel alignment and brakes; using special super-lubricants; minimising the weight of the vehicle; testing at altitude, at unrealistically high temperatures and on super-slick test-tracks

In 2007, the UN decided to develop a new testing regime to secure more accurate CO2 emissions readings and fuel economy rates, with a final version expected next year.

The manipulation of figures raises doubts over how close manufacturers are to hitting the EU’s 2020 carbon emission target for vehicles of of 95g CO2/km.

Regulations devised in 2009 are designed to reduce the average CO2 emissions from new cars to 130g/km by 2015, about 18% below the average in 2007, punishable by a system of fines.

A recent report by T&E indicates that carmakers are on track to meet those requirements, while acknowledging that questions remain over the testing process.

“The improvements reported by BMW, Daimler and General Motors appear to be primarily attributable to the flexibilities in the testing procedure, with real world improvements in fuel economy likely to be far less than those reported on the basis of vehicle tests,” it reads.

Daimler and General Motors ‘real-world’ improvements since 2006 appear to be barely above 5%, only around a third of the value suggested by their official test results.

In contrast BMW has made a much larger ‘real’ improvement at just under 10%.

T&E’s clean vehicles manager Greg Archer says there is “broad progress” towards more efficient cars, but says there is scope for testing to be tightened up.

“So part of the reason they’re on track is because they’ve been excessively manipulating the tests. But they’re acting within the letter of the rules, if not the spirit.”