Pilot project off Scottish coast could eventually provide enough electricity to power up to 42,000 homes 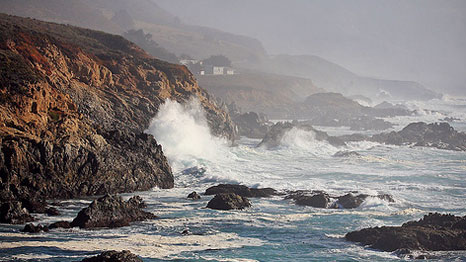 The Scottish government has given permission for work to begin on the largest tidal energy project in Europe.

Six demonstration turbines will be built in the Pentland Firth, between Orkney and the Scottish mainland, generating 9MW of power.

Further construction will take place until 2020, with 86 turbines being installed during phase one of the plan. MeyGen, the company undertaking the work, hope that a second phase of construction would see 400 turbines submerged on the site.

The 86MW generated by the first phase could generate enough electricity to power the equivalent of 42,000 homes – or 40% of the homes in the Highlands, according to the Scottish government.

“Today we have granted consent to MeyGen Limited to develop the largest tidal turbine array in Europe and the first commercial project off these shores,” said Scottish Energy Minister Fergus Ewing.

“This is a major step forward for Scotland’s marine renewable energy industry.

“This exciting development in the waters around Orkney is just the first phase for a site that could eventually yield up to 398MW.”

Speaking at the Scottish renewables marine conference, Ewing highlighted the role of tidal power in securing a clean energy future for the UK.

“We must tackle climate change. We need to reduce our reliance on fossil fuels through better and more efficient uses of energy. Marine energy – a home-grown technology with huge potential – is part of the solution,” he said.

WWF Scotland welcomed the development, but added that there was still room for further development of the UK’s significant tidal resources.

Director Lang Banks said: “This is a significant announcement and a major boost for the marine renewable industry in Scotland.

“However, as there is little point in generating huge amounts of marine renewable energy on Scotland’s islands if it cannot also be got to the mainland, we now need UK and Scottish ministers to find a way forward that enables us to harness the full potential of this clean energy source.”