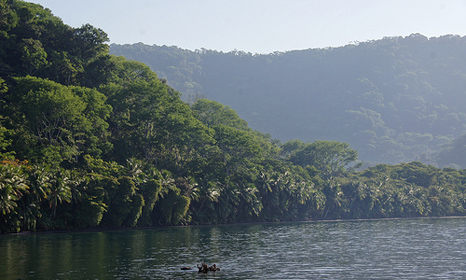 Costa Rica’s government has been praised for efforts to combat deforestation since the 1980s (Pic: Patrick Denker)

The proposed law aims to establish the country’s goal of carbon neutrality, reduce the economy’s carbon footprint and improve measuring and reporting systems.

Inspired by Mexico’s climate change law, which was launched in 2012, it would also see the creation of a National Climate Change Committee.

The NGO Globe International says Law 18,860, which is being considered at committee stage, would also see all public institutions introduce vulnerability reduction, adaptation and mitigation plans.

The country has been widely praised for its efforts to reduce deforestation and it has a 95% renewables goal for 2014.

This image took a blow earlier this year, with news that the government forced out an advisor after she questioned a $1bn loan from China to upgrade an oil refinery.

Monica Araya, who worked as a climate change negotiator for the country at UN talks, was asked to step down from her role in June.

The oil refinery deal was mothballed in June due to a “contractual violation”, according to Bloomberg.