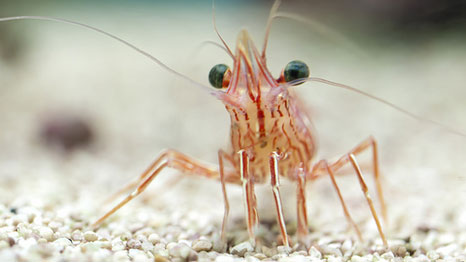 Melting sea ice is causing the Arctic Ocean to acidify at an unprecedented rate, harming wildlife all the way up the food chain.

Scientists found that, as the sea ice melts, a greater area of the ocean is exposed to the atmosphere, allowing larger volumes of carbon dioxide to be dissolved into the water.

As the carbon dioxide is dissolves, pH levels drop, causing the oceans to acidify. Previous research has shown that organisms such as coral and shrimp find it harder to develop shells and skeletons in acidic conditions, with damaging consequences across the whole of the Arctic ecosystem.

In addition, the melting sea ice releases high volumes of freshwater, which further dilutes the sea and reduces the pH, as well as reducing the concentration of calcium and carbonate.

These are two essential ingredients in the growth of shells of many of the marine microorganisms, which many creatures depend on for food.

The findings, published in scientific journal PLoS One, reveals that areas of acidification in surface water is expanding rapidly into areas that were not previously in contact with atmospheric carbon dioxide, due to extensive ice cover.

“Nowhere on Earth have we documented such large scale, rapid ocean acidification,” said Lisa Robbins, lead author of the paper and oceanographer at the US Geological Survey.

“A remarkable 20 percent of the Canadian Basin has become more corrosive to carbonate minerals in an unprecedented short period of time.”

Co-author Jonathan Wynn, a geologist from the University of South Florida, added: “In the Arctic, where multi-year sea ice has been receding, we see that the dilution of seawater with melted sea ice adds fuel to the fire of ocean acidification.

“Not only is the ice cover removed leaving the surface water exposed to man-made carbon dioxide, the surface layer of frigid waters is now fresher, and this means less calcium and carbonate ions are available for organisms.”