Study shows that 11% of world population will face fight for resources if world continues on path to hit 3.5C warming 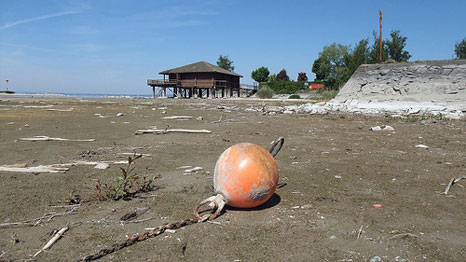 Over 600 million people will face new or aggravated water scarcity if the world hits 3.5C of warming above pre-industrial levels, as it is projected to do under current climate pledges.

11% of the world’s population – or 668 million people – will either live in water scarce river basins or find that existing water scarcity is aggravated as the temperature rises, a study by scientists from the Potsdam Institute for Climate Impact Research suggests.

Those located in the Middle East, North Africa, Southern Europe and Southwest US will experience the most significant changes.

Even if a climate deal is achieved which limits temperatures to the “safe” limit of 2C, water scarcity still poses a threat to 8% of the world’s population, or 486 million people, particularly in the Near and Middle East.

“Even if the increase is restricted to 2°C above pre-industrial levels, many regions will have to adapt their water management and demand to a lower supply, especially since the population is expected to grow significantly in many of these regions,” said Dr Dieter Gerten, the lead author on the paper.

The world will come together at the UN climate talks in Paris in 2015 to attempt to agree on a legally binding deal that will avoid the most extreme effects of climate change.

Declining precipitation will be the main cause of future water scarcity, according to Gerton, although increased temperatures will also lead to an increase of evaporation and transpiration, thereby decreasing available resources.

The projected increase in population sizes will also increase the pressure on supplies.