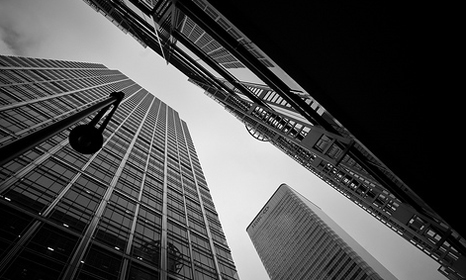 Fifty companies account for nearly three quarters of the carbon emissions of the world’s top 500 firms, according to new research.

The report, produced by PwC and CDP, reveals greenhouse gas emissions in the world’s top energy, utility and materials firms grew by 1.65% in the past four years.

Businesses implicated in the output of 2.54 million metric tonnes of greenhouse gases in the past four years include BP, Shell, Chevron, Sasol, Arcelor Mittal and RWE.

“We’re weeks away from the publication of the IPCC’s [UN climate science body] most comprehensive report on the science of climate change,” he said.

“Although companies are also comprehensive, transparent and sophisticated about their planning and reporting on climate change, the emissions from the largest companies continue to rise.”

The leadership indices suggest European companies are likely to outperform US peers in terms of climate leadership, although the authors say this is starting to even out.

India, Norway, Sweden, South Africa and South Korea are all new to the CPLI.

Responsible for 28.3% of the Global 500 emissions, the energy sector is perhaps unsurprisingly the biggest offender, and has the highest number of companies without reduction targets.

Published annually, the Global 500 Climate Change Report provides one of the most comprehensive pieces of analysis into how seriously the business community views decarbonisation.

It is based on the climate and energy data of 389 companies listed on the FTSE Global 500 Equity Index. CDP says 722 investors representing US$87 trillion of assets requested businesses took part.

Companies that failed to respond include Amazon, Facebook, Apple and Prada.

While the overall picture appears bleak, the report says 80% of companies are now providing financial incentives for employees to cut emissions.

It also reveals there was a 29% increase in 2013 of companies verifying their greenhouse gas emissions, which the authors say will ensure the data can be trusted.

But it stresses that the reporting of indirect emissions in supply chains is incomplete, and as a result does not reveal the full impact of some operations.

Stressing the links between disclosure and good business practice, CDP chief executive Paul Simpson said the 58-page study should be seen as an opportunity by companies to become more efficient.

“It is imperative that big emitters improve their performance in this regard and governments provide more incentives to make this happen,” he said.

“The corporate world is an aggregator of both risks and opportunities from this challenge, so this report is written for businesses, investors and policy makers that want a clear understanding of how the world’s largest listed companies can transform themselves in order to protect our natural capital.”