Around 1.3bn tonnes of food is wasted on an annual basis, warn UNEP and the FAO 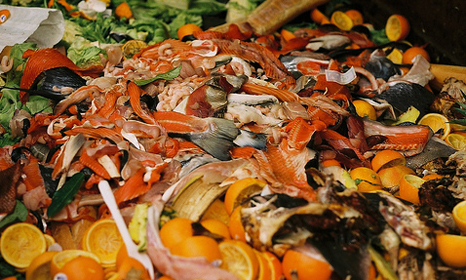 The global carbon footprint of food waste is more than twice the size of the greenhouse gas emissions from the US transport sector, says the UN.

It also highlights the staggering levels of water used in the production of cereals, meat and other foodstuffs on an annual basis, equal to the flow of Russia’s Volga River.

“All of us – farmers and fishers; food processors and supermarkets; local and national governments and individual consumers  must make changes at every link of the human food chain to prevent food wastage from happening in the first place, and re-use or recycle it when we can’t,” FAO Director-General José Graziano da Silva said in a statement.

“We simply cannot allow one-third of all the food we produce to go to waste or be lost because of inappropriate practices, when 870 million people go hungry every day.”

According to the FAO, 54% of the world’s food wastage occurs “upstream” during production, post-harvest handling and storage.

Around 46% of it happens “downstream,” at the processing, distribution and consumption stages.

According to the UN, the average carbon footprint of food wastage is about 500 kg CO2 eq. per capita.

Wastage of cereals in Asia is a significant problem, specifically rice, which is linked to high methane emissions.

The meat sector generates a substantial impact on the environment in terms of land occupation and carbon footprint, especially in high-income countries and Latin America.