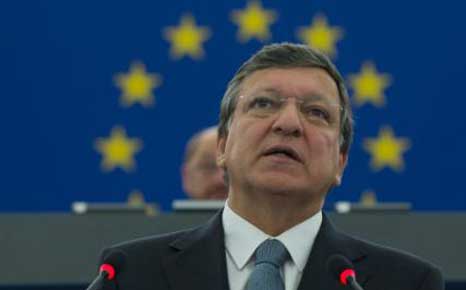 The EU will have a “concrete” proposals for an energy and climate policy framework up to 2030 by the end of the year, European Commission president José Manuel Barroso told MEPs today.

Addressing members of the Commission in his final ‘State of the Union’ speech before he steps down in 2014, he said the EU was committed to playing a leading role in climate policymaking in the lead up to the UN 2015 summit in Paris, where countries are set to agree a global emissions deal.

“We will continue to shape the international agenda by fleshing out a comprehensive, legally binding global climate agreement by 2015, with our partners,” he said.

“Europe alone cannot do all the fight for climate change. Frankly, we need the others also on board. At the same time, we will pursue our work on the impact of energy prices on competitiveness and on social cohesion.”

He added: “whilst fighting climate change, our 20-20-20 goals have set our economy on the path to green growth and resource efficiency, reducing costs and creating jobs.”

Barroso also called on member states to support the work of climate scientists, talking of his faith in the “capacity of the human mind and a creative society to solve its problems”.

In a spiky exchange with UK MEP Nigel Farage after the speech, Barroso chided the climate sceptic politician for his views, saying: “99% of scientists confirm human-made climate change. Others are paid to deny it.”

Reports on the Guardian live blog suggest Farage responded by waving photos of the North Pole that he says show the ice cap has expanded.

Green MEP @RebHarms is very disappointed in EU Commission: “apalling” that under Barroso’s term #climate policy has been abandoned. #SOTEU