PlanetSolar: sailing the world’s oceans powered by the sun

Having crossed the Atlantic in a record breaking 22 days, the owners of MS Tûranor are now on the lookout for a buyer 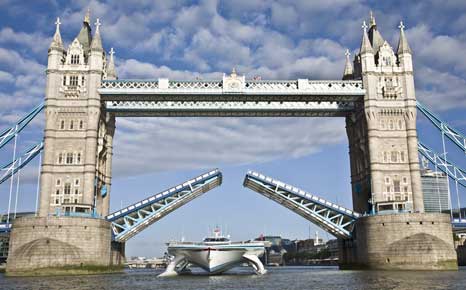 For sale: one 35m long, 23m wide catamaran weighing 100 tonnes that has traversed the globe powered by the sun. €15 million O.N.O.

The MS Tûranor PlanetSolar is unlikely to top the list of billionaire ‘must-have’ yachts, but a top speed of 14 knots and a capacity of 60 people, combined with shimmering and sinuous looks, means there should be no shortage of offers.

RTCC grabbed a look at the pioneering vessel when she was moored in London on Monday, fresh from an 8,000 km voyage across the Atlantic.

Her deck is covered in 809 solar panels generating up to 480kWh each day. That’s roughly how much your refrigerator uses a year.

This year she broke her own 26-day Guinness World Records for the fastest crossing of the Atlantic, taking 22 days to cross the Atlantic from Spain to the West Indies.

And amidst the glamour and shining PV panels, there’s a series message.

“It’s important for us to show that we can do renewable energy with very attractive design because very often renewable energy is related to not very sexy,” Pascal Goulpié CEO and co-founder of PlanetSolar told RTCC. 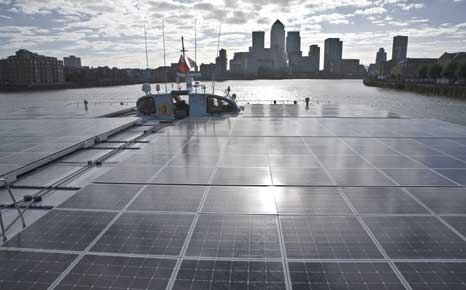 The name Tûranor is derived from Lord of the Rings, meaning ‘Power of the Sun’ – and that’s central to Goulpié’s ambitions for the yacht.

Since leaving Monaco in September 2010, the vessel has traversed the world’s oceans, demonstrating what solar panels can achieve.

In Tonga Goulpié says PlanetSolar has been instrumental in encouraging the King to develop incentives for solar power on the island.

“During the Pacific crossing it was very interesting to notice that all these islands which are now highly dependent on oil were very surprised and motivated by solar energy because they have a lot of sun and they noticed what they could do with solar power,” Goulpié says.

“The island is well located. “It is a shame before we got there no PV programme was developed. It was a pleasure to notice Tonga initiate the programme.” 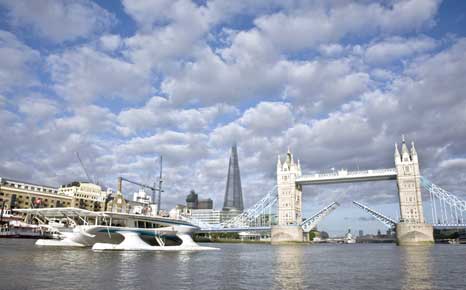 From June, the catamaran was transformed into a scientific platform picking up researchers from the University of Geneva (UNIGE).

This project, led by professor and climatologist Professor Martin Beniston from UNIGE, aimed to record new data along the Gulf Stream in order to better understand the complex climate system.

This ocean current helps to carry heat from the tropics to the polar regions in the North Atlantic, making it one of the most important regulators of the European and North American climates.

For Beniston, the journey shows the advantages – and limitations – of this type of vessel for conducting scientific research.

“Its non-polluting propulsion system certainly qualifies it for future measurements in the atmosphere close to the ocean surface, where air samples are devoid of anthropogenic pollution as would be the case for a classic ocean-going vessel,” he told RTCC.

The team are already considering another trip next to cross the Atlantic from Europe to Brazil next year.

“There are a number of interesting scientific questions that can be answered by undertaking ocean-atmosphere measurements in the Atlantic, on both sides of the Equator,” said Professor Beniston.

“But these are early days yet and more will be known (especially with respect to funding) later this autumn.”

The lack of helipad, jacuzzi or submarine dock may put off many billionaires, but the ship has fared well in heavy oceans, and Goulpié and Beniston both say it sends a powerful signal to communities and investors.

“The solar-powered ship has been an excellent “ambassador” to communicate with the media and the public, since the technology used on board is part of the solution to reduce our dependency on fossil fuels,” says Beniston.

“The success of the scientific expedition has opened the door to many projects that will build on the unique features of the solar ship.”