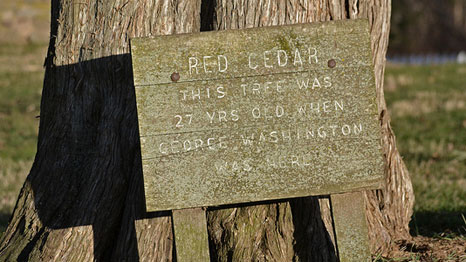 The US Clean Air Act has been a success, according to scientists studying the cedar trees in the Appalachian Mountains of West Virginia.

They found that, after the law passed in 1970, tree growth accelerated and ecosystems were restored.

The researchers spent four years collecting data on the trees, which experienced high amounts of acidic pollution in the 20th century due to their proximity to the Ohio River Valley coal power plants, trying to understand how they have responded to acid rain.

Sulphur dioxide deposition, causing acid rain, began to increase in the area from the 1900s. The scientists discovered that, despite increased carbon dioxide in the atmosphere, which tends to increase plant growth, tree growth and physiology declined during this period.

But in the 1980s, ten years after the Clean Air Act was passed, scientists noticed a dramatic change.

“Our data clearly shows a break point in 1982, where the entire growth patterns of the trees in this forest started on a different trajectory,” says Jesse Nippert, associate professor of biology at Kansas State University.

“It took 10 years for that landmark environmental legislation to reduce sulphur dioxide emissions, but it eventually did. When it did, we saw an entire ecosystem recover from years of acidic pollution.”

The findings, published in the Proceedings of the National Academy of Sciences, focused on red cedar trees because they are particularly sensitive to environmental change, due to the fact that they grow slowly and rely on surface moisture.

The recent patterns found a precedent in the 1930s, when the trees went through a similar period of improved growth.

The scientists have surmised that the reason for this was the Great Depression, when the suppressed economy meant that the coal power plants were less productive and the Ohio River Valley had reduced fossil fuel emissions.

“It’s kind of interesting that those two very important periods in our history match up perfectly in terms of the responses seen throughout this whole forest ecosystem,” Nippert said.