EU biofuels policy will push ‘thousands’ of Africans into poverty 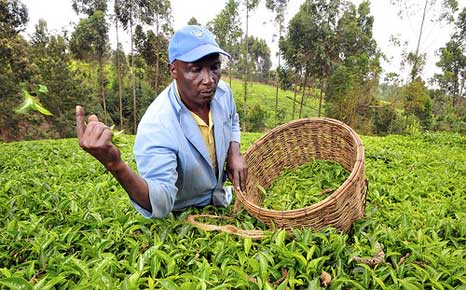 It says that in sub-Saharan Africa, six million hectares of land – 38 times the size of London – are now under the control of European companies seeking to profit from Europe’s biofuel policies.

Next week members of the European Parliament will agree on future biofuel standards. Current EU targets stipulate that 10% of its transport fuels must be sourced from renewable sources by 2020.

Actionaid’s report cites a project run by Addax bioenergy in Sierra Leone’s Bombali district, which it says adversely affects the lives of 13,000 people in 60 villages.

Of 100 people interviewed 90% said that hunger was due to the loss of land to Addax, while 78% said that they have never seen a land lease agreement from the company.

“In the area where the company has started its biofuels plantation, communities are saying that food production has dropped and hunger is widespread,” said Tim Rice, ActionAid’s biofuels policy advisor and author of the report, Broken Promises.

“People have lost their land but are getting very little in way of compensation from Addax. The fact that this is done in the name of EU ‘green’ policies is shocking.”

Addax Bioenergy will shortly begin exporting ethanol from a sugar cane plantation in Sierra Leone to the EU to be used in petrol. They will be the first biofuels to be exported from Africa to Europe in commercial quantities.

The company’s website says it has integrated “strict social and environmental criteria” into its practices and respects “stringent sustainability standards”.

In a statement it says reports it is taking land and food from the local population are “biased” and “non-fact based”.

It’s currently unclear what the European Parliament will agree next week.

In July the EU acknowledged the impact biofuel use was having on global food stocks, and authorised a cap on the use of food-based biofuels.

“First generation biofuels should not make up renewable energy targets as they are not a renewable form of energy,” he said.

“I will continue to fight against the unsustainable use of foodstuffs in biofuels and to promote alternative forms of sustainable energy”.

“There is, so far, no mention of hunger directly caused by the proposal. When I met six people from Action Aid this morning, here in the parliament in Brussels, they did not attempt to make a direct calculation with hunger in Africa,” he told RTCC.

Industry representatives are on record as disagreeing with claims biofuels are a cause of hunger in Africa.

“Only 0.05% of global biofuels are sourced from African countries, so biofuels targets are clearly not the main driver,” Clare Wenner from the UK’s Renewable Energy Association told RTCC last month.

“The Overseas Development Institute has found that estimates of land allocated to biofuels projects in African countries has been overstated in some key reports.”