Five flowers, 33 foot tall, are being used to teach the public about the benefits of solar energy 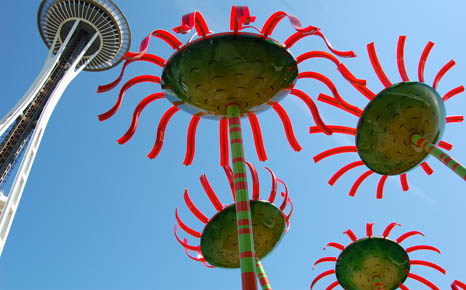 Artist Dan Corson has created a solar-powered art installation: five flowers up to 33 feet tall that will glow when the sun shines through the petals during the day and light up at night.

Each is equipped with solar PV panels with 48 solar cells, producing 4.6Wp. Altogether the five flowers, made up of 270 panels, will produce 1,104Wp.

As guests walk through the permanent exhibit, just outside the Boeing IMAX Theater, the towering flowers will hum to life. The exhibit is accessible 24 hours a day, no ticket required.

“It is exciting to showcase solar electricity generation and utilisation in ways that go beyond what is normally expected of solar projects,” Corson said. 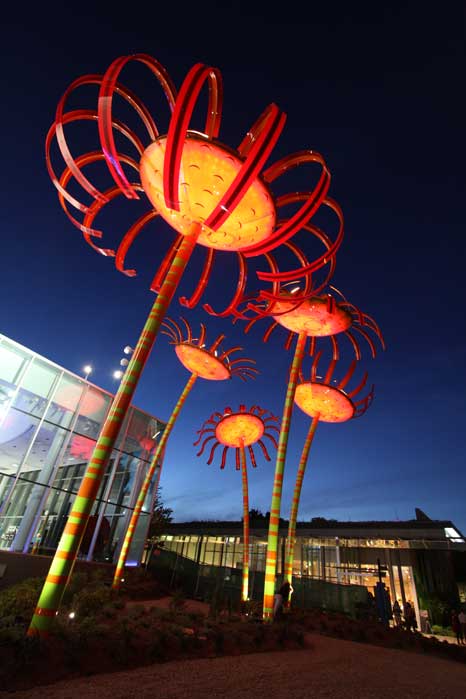 Interpretive signage at the exhibition and inside Pacific Science Center will explain how solar energy works and how it is powering the flowers.

The project is being supported by a grant from City Light’s Green Up program and in-kind donations. The program sets aside some of the money collected from participants to promote awareness of renewable energy.

Sonic Bloom was made in Marysville by Silicon Energy. In addition to the solar panels, Corson worked with 16 other local fabricating companies and installers to create this project.

City Light has been greenhouse gas neutral since 2005 – the first electric utility in the nation to achieve that distinction.

Bryce Seidl, Pacific Science Center’s president and CEO said: “Sonic Bloom is one way Pacific Science Center is bringing the science of sustainability to our community to help us understand options leading us to a healthier future for our planet. By bringing art, science and education together, this project will be a teaching tool and source of inspiration for all ages for years to come.”