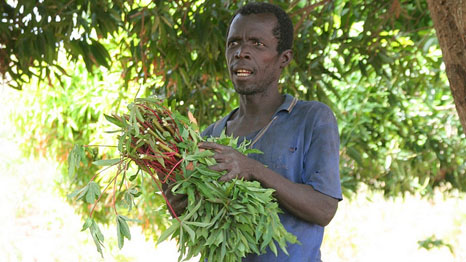 The ability of the Central African Republic to adapt to climate change has suffered under civil conflict, but resiliency building in the aftermath can help to establish long term peace, a new study suggests.

A report by scientists from the Center for International Forestry Research (CIFOR) says that establishing measures intended to help prepare the country for the impacts of climate change, such as adapting agriculture and the management of natural resources,  can help to build the infrastructure and community networks that help to main political stability in the future.

“A major barrier to responding to climate change in Central African Republic is the ongoing conflict and insecurity which hampers any poverty reduction or development efforts, including efforts to adapt to climate change,” said lead author Carolyn Peach Brown, a professor at the University of Prince Edward Island

Conflict has hampered efforts in the country to prepare it for dealing with the effects of climate change that are likely to hit the country – and particularly rural areas – over the next couple of decades.

Interviews by researchers with government and NGO representatives involved with the environment found that there was a high level of awareness of the problems that climate change were likely to bring, but they also found that adaptive strategies very rarely moved past the initial stages of planning, due to disruption caused by conflict.

The Central African Republic is plagued by both conflict and environmental problems. CIFOR scientists estimate that the temperature could increase by 1.5 to 2.75C by 2080, while the rainfall has decreased on average by about 1.9cm per year between 1978 and 2009.

The traditional, non-irrigated methods of farming used in the country means that rural communities are particularly sensitive to water vulnerability.

It has struggled with political instability and civil conflict since it achieved independence from France in 1960, and the UN has stated that, after the humanitarian crisis caused by the most recent civil conflict, it is on the verge of becoming a failed state.

Peach Brown says that conflict has destroyed the infrastructure that was contributing to the development of agriculture in the rural areas of the Central African Republic that could have helped improve climate change adaption.

According to Denis Sonwa, an agro-ecologist at CIFOR who co-authored the paper, sharing knowledge and resources among stakeholders is essential to better understand local community needs and build the nation’s capacity to respond to climate threats.

“The high turnover of personnel in institutions in conflict-affected areas also weakens the capacity of institutions to respond,” Peach Brown added, saying that poor governance, poor coordination across sectors, insufficient engagement with local communities, and inadequate resources for education, research and infrastructure also limits the capacity to address climate change.

But, she added, “Following civil conflict, building adaptive capacity to climate change, which fosters linkages among diverse institutions, could also contribute to the process of reconstruction, reconciliation and peace building in a country.”

The research highlighted that programmes such as the National Adaptation Program of Action (NAPA) and Reducing Emissions from Deforestation and Forest Degradation (REDD+) initiative perform crucial work in bringing people together and forging links between institutions, all which help to combat climate change and cement stability in the country.

It is also important that foreign aid recognises the increased vulnerability to local people due to climate change, as well as armed conflict.

Sonwa says, “It would be difficult to say you’re doing good post-conflict reconstruction, without taking into account the climate.”