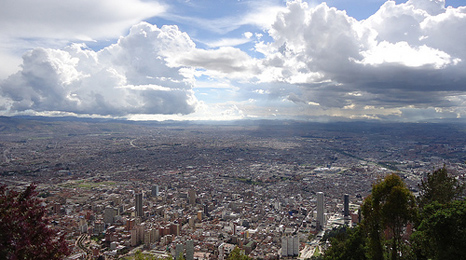 The UN has opened a carbon markets office in the Colombian capital Bogota, its latest regional initiative to boost interest in emissions trading.

The UN climate convention and partners at the development bank of Latin America (CAF) aim to use the regional collaboration centre to drive interest in the Clean Development Mechanism (CDM).

Bogota is the fourth such office to open in the past year. The first centre opened in Togo, followed by Kampala and Grenada in July.

One of two emissions trading schemes under the Kyoto Protocol, the CDM is aimed at driving low carbon investment in developing countries.

An oversupply of credits, sluggish economic growth and lacklustre climate policies have been blamed for this drop, forcing the UN to explore other initiatives to drive demand.

“The CDM has demonstrated what can be achieved when we use markets to incentivise action on climate change and development,” said  UNFCCC executive  secretary  Christiana Figueres.

“The RCC in Bogotá will help tap the potential for CDM projects in Latin America and serve as a working example of the kind of inter-agency cooperation necessary to tackle climate change.”

The Bogota office’s priorities are to identify opportunities for potential programmes of activities eligible under the CDM, and to support the design and development of projects.

According to the UN, the CDM currently operates in 88 countries, and has spurred more than US$215 billion of low-carbon investment in developing countries.

The mechanism has also issued credits equal to 1.3 billion tonnes of CO2, and added more than 110,000MW of renewable energy to global electricity grids.

The  office in Bogota will become operational on 1 September 2013 and provide support in all countries in Latin America.