Traffic and cooking account for 80% of China air pollution 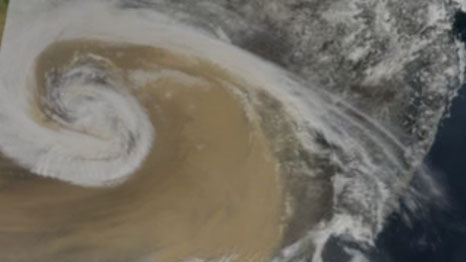 Home cooking and city traffic have caused the large clouds of soot that hang over China and East Asia, concludes a study by the American Chemical Society.

Asia is notorious for the atmospheric brown clouds made of soot, or “black carbon”, that are suspended over the continent, which reduce the air quality and make cities darker by preventing sunlight from reaching the ground – an effect which also masks the effect of global warming.

But despite this, Örjan Gustafsson and other scientists involved in the study point out that nobody has been certain of the source of the soot, which is a product of the incomplete combustion of fossil fuels.

In their study, they set out to identify the exact source of the soot, which causes an estimated 500,000 premature deaths in China alone, due to the tiny particles being inhaled deep into the lungs.

They found that almost 80% of air pollution involving soot comes from city traffic and other forms of fossil fuel combustion, such as home cooking with coal briquettes.

“To mitigate near-term climate effects and improve air quality in East Asia, activities such as residential coal combustion and city traffic should be targeted,” they conclude.

Like methane, black carbon exacerbates the problem of global warming, but has a shorter lifespan in the atmosphere than carbon dioxide.

Particles of soot absorb sunlight and heat the air, while at the same time particles contained in the brown clouds such as sulphates reflect the sunlight and cool the surface, masking the overall effect.

The UN launched an initiative in February 2012 recognising the importance of curbing these short lived pollutants.

The Climate and Clean Air Coalition to Reduce Short Lived Climate Pollutants (CCAC) brings together the governments of Bangladesh, Canada, Ghana, Mexico, Sweden and the United States, along with the United Nations Environment Programme, to treat these pollutants as a collective challenge.