In a report ahead of talks on Millennium Development Goals, UN Secretary General highlights importance of sustainable development 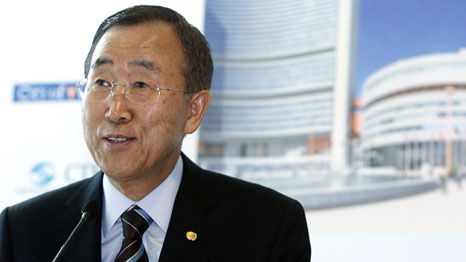 Sustainable development should be “at the core of humankind’s pursuit of shared progress” says Ban Ki-moon, the Secretary General of the UN.

In a document considering the progress of the Millennium Development Goals (MDGs), Ban Ki-moon has said that sustainable development must be at the heart of an agenda in a world that has “changed radically” since the turn of the millennium.

In the report released at the end of July, Ban considers the developments that have already been made on the MDGs, priorities over the next two years, and what the agenda should look like post-2015, which was the deadline set on the current goals.

He says, “New economic powers have emerged, new technologies are reshaping our societies and new patterns of human settlement and activity are heightening the pressures on our planet. Inequality is rising in rich and poor countries alike.

“A new era demands a new vision and a responsive framework. Sustainable development, enabled by the integration of economic growth, social justice and environmental stewardship, must become our global guiding principle and operational standard.”

The document, entitled A Life of Dignity for All, has been released ahead of next month’s special General Assembly, when Member States will meet the UN Headquarters in New York to discuss efforts to meet the MDGs and to define a new development agenda for after 2015.

But, he says, in spite of significant successes in lifting large numbers of people out of extreme poverty, climate change means that the goal of environmental sustainability remains at significant risk.

He calls for decisive action from the United Nations Framework Convention on Climate Change in coordinating a binding global agreement by 2015 to limit the average global temperature to 2 degrees above pre-industrial levels as decided in the 2011 UN climate talks in Durban.