By 20 August, humanity has exhausted the earth’s bank natural resources – and the date gets earlier each year 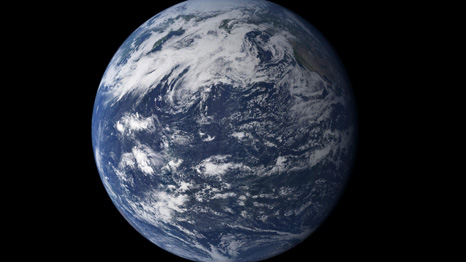 Today is Earth Overshoot Day – the day when use of the planet’s resources outstrips supply.

According to Global Footprint Network, the world had yielded up all the resources it can afford for the year by 20 August, meaning that for the remaining four months, the planet is operating in overdraft: the resources being drawn upon can no longer be replenished.

This means that the earth can no longer regenerate its resources at the speed at which humanity is using them, leading to the cumulative depletion of the worlds forests and fisheries, for example, along with a diminished capability for the earth to absorb waste CO2.

It is not a day that can be marked in a calendar, because it is never quite certain on what day of the year it will fall.

It has been slowly advancing year on year by approximately three days. In 1993, it fell on 21 October. By 2003, it had crept forward a month to 22 September.

Supply has not always outstripped demand. In the early 1960s, humanity was only using two thirds of the world’s natural resources. It was only in the 1970s that increased carbon emissions and human demand for resources began outstripping what the planet could renewably produce.

Since then, humanity’s “ecological footprint” has continued to stamp over the earth’s natural resources with ever increasing gusto.

The loss of resources means that the earth’s capacity to absorb the carbon dioxide produced by the high levels of consumption is reduced, which contributes to climate change.

But climate change is only one of the effects of the depletion of the earth’s resources – albeit one where, according to research by Johan Rockström, humanity has already severely overstepped the planet’s natural boundaries.

Talking about his theory of planetary boundaries, Rockström said in a statement, “The human pressure on the Earth System has reached a scale where abrupt global environmental change can no longer be excluded.

“To continue to live and operate safely, humanity has to stay away from critical ‘hard-wired’ thresholds in the Earth’s environment, and respect the nature of the planet’s climatic, geophysical, atmospheric and ecological processes.”

The cumulative consumption of nature has also led to the fisheries collapsing, food shortages, degraded land productivity and the build-up of carbon dioxide in the oceans.

It also has an economic and political impact, leading to higher commodity prices and civil unrest.

According to the Global Footprint Network, if the current trend for overexploitation continues, then resource constraints will become a prime factor determining economic success or crisis this century, and that an oncoming crash could be hard to reverse unless decisions are taken quickly.

“Facing such constraints has direct impacts on people. Lower-income populations have a hard time competing with the rest of the world for resources,” said Mathis Wackernagel, Network President and the co-creator of the Ecological Footprint resource accounting metric.

The Global Footprint Network calculates the ecological footprint of over 230 countries, territories and regions, and measures the area each country requires to produce the resources it uses and absorb its waste, which it then compares to the area available.

The consumption of each individual nation is calculated by adding imports to and extracting exports from its national production.

Based on these calculations, humanity needs 1.5 planets to sustain its current consumption habits, though this figure varies wildly between different countries.

China, for instance, has the largest ecological footprint, but on a per capita basis it falls slightly beneath the averge; if everybody on earth lived as a resident of China lives, only 1.2 planets would be required.

Qatar, on the other hand, has the highest per capita rate of consumption, with each individual requiring the resources of 6.5 planets.

Global Footprint Network predicts that earths will be required by the middle of the century to feed the demands of a growing population with accelerating patterns of consumption.