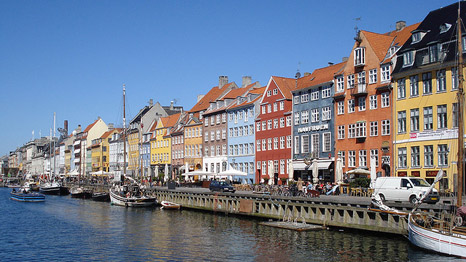 Insulation is one suggestion on how Denmark could reduce its carbon emissions (pic: JamesZ_Flickr)

The Danish government has come up with 78 possible projects to help cut the country’s carbon emissions.

The plan, intended to lay the foundations for a Climate Law in the next parliamentary year, sets out a variety of ways in which the country can reach its target of a 40% reduction in emissions by 2020.

The already efficient country is currently on target to reach a cut of 34% by 2020, thanks to last year’s energy plan to transition the country towards renewables, and the 78 point plan is an attempt to find a way to make up the final 6%.

The government believes that the cuts could be found through efficiency initiatives in the sectors of transport, agriculture, business and waste.

Martin Lidegaard, the Danish Climate Minister, has said that he hopes to find ways to reduce carbon emissions by making it easier for people to choose more climate friendly behaviour, rather than encouraging businesses to pollute.

He said, “Climate change is happening right now and over the span of a few decades, the living conditions for millions of people across the world risk getting worse.

“That’s why we have an ethical duty to act. Denmark is a rich country and we have the opportunity to lead the way. That’s what we will do with our climate plan.”

While the government has admitted that not all the projects are economical, the careful cost analysis of each proposal will allow them to choose those that yield the best results based on the context in which they have to be delivered.

For instance, the government calculated that increasing the insulation requirements for windows could lead to a net savings for the economy of 57 million kroner – a figure which takes into account both the cost of implementing the initiative and the money saved through the reduction in emissions.

Another initiative, reducing the speed limit on the motorways proved to be less efficient, and therefore is less likely to be implemented.

Mattias Söderberg, a senior advocacy advisor in Denmark, says that although some schemes may prove less instantly effective, they positively affect quality of life in Denmark.

“Some of the initiatives may not have such a big effect on the emissions, but on the other hand, they may have effects on how we live,” he told RTCC.

“One of the initiatives is to campaign to inspire people to use their bicycle. This is great, but it may not have such a big effect right now, but with a longer perspective, it’s a step towards sustainable development.”

Denmark will take its lead from the European Union when deciding by how much it needs to reduce its emissions on a domestic scale.

Should the EU make it more expensive to pollute through their emissions trading scheme, Denmark’s carbon targets would become easier to achieve without further innovation.

The context of these international negotiations will impact upon how the government chooses which of the 78 initiatives to implement.

“The climate plan does not give a here-and-now solution for how to reduce emissions or which concrete initiatives should be implemented and when,” the Climate Ministry wrote in its plan.

“There is considerable uncertainty about how far we are from reaching the 40 percent target and how much EU initiatives will contribute. That is why the scale of the necessary extra national initiatives are not yet known.”

Söderberg says that the plan has received a mixed response.

“The opposition leader has been very harsh in the media and has said the plan is ridiculous and you can’t put extra costs on the people in Denmark, but on the other hand, industry and all the NGOs and other opposition parties are applauding and saying this is great,” he said.

“We will have an interesting debate in the coming weeks.”