Heat waves to quadruple by 2040, regardless of emissions cuts 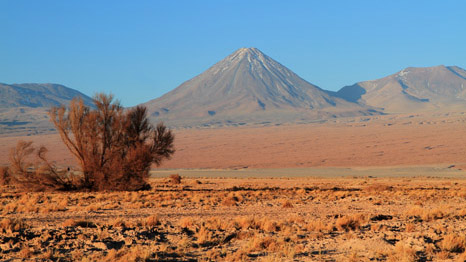 By 2040, 3% of land will have heat waves of a strength rarely seen today (pic: flickr / Licancabur)

Extreme heat waves will increase over the next 30 years, regardless of the amount of carbon emitted between now and then.

Even if there is no increase in the amount of CO2, existing levels of climate change means that the planet is already locked in to a future where extreme heat waves, such as those experienced by the US in 2012, will cover double the amount of global land by 2020. By 2040, they will double.

The study was published today in Environmental Research Letters and carried out by researchers from the Potsdam Institute for Climate Impact Research and the Universidad Complutense de Madrid (UCM).

“There’re already so much greenhouse gases in the atmosphere today that the near term increase of heat extremes seems to be almost inevitable,” says Dim Coumou, the lead author on the study.

The scientists focused on heat waves that exceed the natural variability of summer month temperatures by a large margin in a given region – so called “3-sigma events”. These periods, lasting several weeks, often result in harvest losses, forest fires and additional deaths in heat-struck cities.

The heat waves classed as “more severe”, or “5-sigma events” – today virtually absent – will cover around 3% of the global land surface by 2040.

It is in the second half of the century that heat waves will start to be affected by today’s rising emissions.

According to the research, tropical regions will see the strongest increase in heat extremes – changes that can already be seen when analysing observations between 2000 and 2012.

“In general, society and ecosystems have adapted to extremes experienced in the past and much less so to extremes outside the historic range,” says Alexander Robinson of UCM, co-author of the study.

“So in the tropics, even relatively small changes can yield a big impact – and our data indicates that these changes, predicted by earlier research, in fact are already happening.”

Efforts to mitigate climate change through the reduction of carbon emissions may not prevent the kind of heat wave seen in Russia in 2010, where in the Moscow region the average temperature for the whole of July was around 7°C warmer than normal , say the researchers, but it will diminish its severity in the second half of the century.

The inevitability of extreme heat waves means that it becomes important for regions to focus on adaptation as well as mitigation.

Coumou says, “An increase in frequency is likely to pose serious challenges to society.

“Some regions will have to adapt to more frequent and more severe heat waves already in the near-term.”