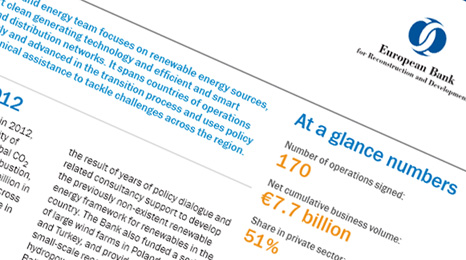 Campaigners plan to target the European Bank for Reconstruction and Development’s support for coal in a ‘Global Day of Action’ on Thursday.

Currently half of the EBRD’s US$8.9 billion energy portfolio supports fossil fuels, which includes US$1 billion in past financing for coal.

The bank recently drew up new guidelines that propose an emissions cap of 550 grams/kWh, meaning that the only new fossil fuel plants it can support will be natural gas.

Climate activists want it to extend these standards to refurbished plants and release an official policy statement that restricts support for coal projects.

In an email to supporters, Manish Joshi from the Global Call for Climate Action (GCCA) warns the draft strategy will “continue to allow funds to support dangerous fossil fuel projects, including coal.”

He adds: “Activists from across the globe will take to social media on Thursday 15 August 2013 to tell the EBRD to stop investing in coal. EBRD is accepting comments on its draft energy strategy between now and September, so it is important you make your voice heard”.

In the past two months US President Barack Obama, the World Bank and the European Investment Bank have all announced new restrictions on investment in fossil fuel power.

Over the past few years those banks and the US taxpayer have provided an estimated US$13.5 billion of funding for coal.

Since 1994 campaign organisation 350.org say they have bankrolled coal to the tune of US$37.5 billion.