Hyperloop: the clean, green and fast train of the future? 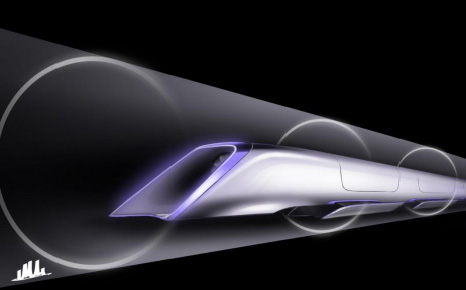 The Hyperloop will work like pneumatic tubes once common in offices. (Source: Tesla)

Will the Hyperloop be offering cheap, fast and clean long distance travel to consumers in decades to come?

The concept was launched in some style yesterday by Elon Musk, US entrepreneur, and founder of Tesla electric cars and Space X rocket design company.

According to plans published on the Tesla website, the Hyperloop involves firing frictionless, magnetically levitated aluminium pod vehicles for passengers through a near-vacuum tunnel, using solar power like pneumatic tubes that were once common in offices and bank branches.

Musk says the whole project is currently costed at around US$6 billion.

The solar array itself and associated electronics would set a developer back by approximately US$210 million generating on average 285MW at peak solar activity, but only needing 21MW to get it from San Francisco to Los Angeles.

“There would be solar panels laid on top of the tubes, which generate energy for moving the pods and for excess energy that would be stored, so it can run at night,” said Musk in an interview with Bloomberg.

The solar array itself will generate more energy than needed allowing some of it to be stored. (Source: Tesla)

The energy storage element would be built out of the same lithium ion cells available in the Tesla Model S which Musk said is economical.

Musk claims his design will provide a cheaper, safer and more energy efficient travelling experience compared to the bullet train currently under construction between Los Angeles and San Francisco which is estimated to cost US$68 billion and may not be completed until 2028. 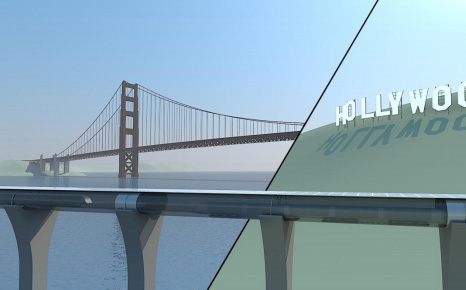 Hyperloop will travel between San Francisco and Los Angeles in half an hour. (Source: Tesla)

The technology would cost in the region of US$245,000 to construct and manufacture the structure.

The total trip time is approximately half an hour between Los Angeles and San Francisco, with capsules departing as often as every 30 seconds from each terminal and carrying 28 people each way.

This gives a total of 7.4 million people each way that can be transported each year on Hyperloop. Tickets would cost around US$20.

During a conference call at the unveiling of the Hyperloop yesterday Musk said: “It’s like getting a ride on Space Mountain at Disneyland.” Passengers would experience a G-force no greater than that of a sports car. The ride, Musk said, would be “supersmooth”. 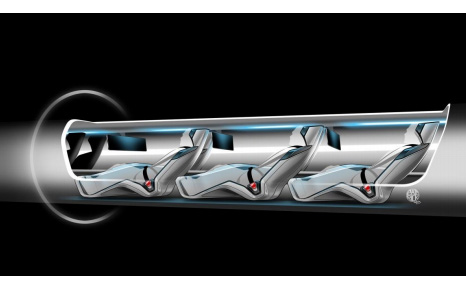 Although previously Musk was adamant he would not be constructing or funding the Hyperloop, yesterday he admitted he is tempted to construct at least a prototype of the system.

“I could do some scale version and hand it over to someone else…I would like to see it come to fruition, and it might help if I did a demonstration article.”

The design he has offered on his website is an open-source design, meaning anyone can use it and modify it to “see if the people can find ways to improve it.”

“If somebody else does the demo, that’ll be really awesome,” he added.