The farm is part of IKEA’s pledge of €1.5 billion to renewable energy up to 2015 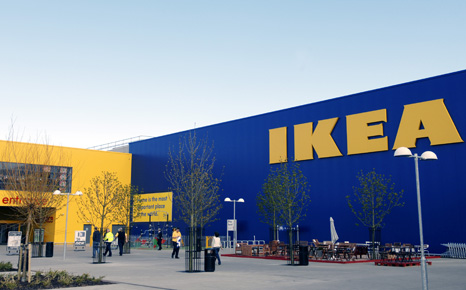 IKEA stores in Belfast and Dublin will benefit from the 7.65MW wind farm. (Source: IKEA)

Furniture retail giant IKEA has announced the purchase of a wind farm in Ireland for an undisclosed sum to supply energy to its Dublin and Belfast stores.

The wind farm is due for completion in 2014, located in Carrickeeny, near Galway on the west coast of Ireland, and will have a capacity of 7.65MW consisting of four turbines.

“Today there are opportunities to buy wind power projects like this one in Carrickeeny that have already been given the green light. This allows us to gain quicker access to renewable energy, which is one of the main reasons for choosing this location.”

Developed by Mainstream Renewable Power, the company said the farm’s capacity will have an expected annual production of 25GWh, generating the equivalent electricity for approximately 5,500 houses a year.

Yarrow said: “Our investments in renewable energy not only help to reduce carbon dioxide emissions from our operations in Ireland, but also, together with our energy efficiency efforts, help to control our electricity costs so we can pass any benefits to our customers by continuing to offer high quality home furnishings at low prices.

“Companies, individuals or governments – we all have responsibility to address the resource dilemma and commit to a more sustainable future. Producing our own, affordable, renewable electricity gets us one step closer to becoming completely energy independent by 2020, while ensuring our commercial success.”

Today, more than half of the energy used for IKEA buildings is renewable, predominantly from solar power. The company is also making large investments in wind farms.

To get closer to that goal, IKEA has set aside €1.5 billion for investments in renewable energy up to 2015.

The Irish acquisition will increase the total number of wind turbines that IKEA has committed to own and operate to 137. The other wind farms are located in the UK, Germany, France, Poland, Denmark and Sweden.

In 2011, IKEA reported that 12% of its electricity came from renewable sources.

IKEA will sell electricity generated by the wind farm to Irish energy supply company Vayu who will supply electricity to the retailer’s Dublin and Belfast stores under a 15-year contract.

Vayu was recently declared as the only energy supply company to supply 100% renewable energy to its electricity Customers on the island of Ireland in a commission for Energy Regulation report on fuel-mix and CO2 emissions.

David Gascon, head of electricity at Vayu said: “IKEA’s decision to invest directly in renewable energy is a first of its kind in Ireland and has the potential to shape the energy market here in a very positive way.

“This type of close collaboration is the future for electricity production in Ireland and achieving the Government’s target of 40% renewable generation by 2020.”