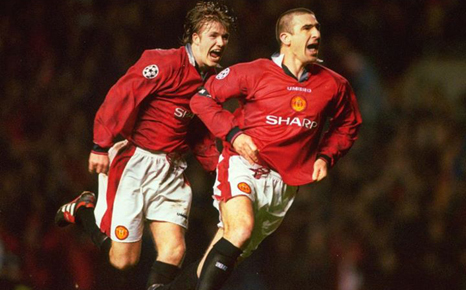 Watching sports on a smartphone or tablet will be as much as eight times lower for carbon emissions than on a television, say researchers.

The UK-based Carbon Trust has unveiled the ‘carbon bootprint’ which showed travelling to a game remained more carbon intensive than watching it on mobile devices or in groups at home.

Travel is equivalent to the total annual emissions from energy use for around 1,000 average UK households.

In the UK 27% of smartphone owners, and 63% of tablet owners, are now using their device to watch live TV.

Former Manchester United legend and current England coach Gary Neville advised: “When it comes to cutting your own carbon bootprint, it is all about understanding your impact and making sensible choices to reduce it. The best thing fans can do is share the experience of watching a match, either by watching the game with each other, or travelling together to the stadium.”

But the research also revealed that when it came to impact on the climate, then streaming on a personal device can also be the most carbon intensive way to watch a game.

If mobile data is used then this increases the carbon bootprint of watching the game by at least ten times compared to a broadband connection. Watching a whole game could have the same associated emissions as driving ten miles in an average petrol car.

Not only is travelling to a game detrimental to the environment, but even the food and drink you consume can make a significant contribution to an individual bootprint with cheese burgers accounting for 5.5kg of carbon dioxide.

To show the impact of the carbon footprint for a stadium full of fans the Carbon Trust has worked with the Football Association (FA) to calculate the carbon bootprint of the FA Community Shield game between Manchester United and Wigan taking place on Sunday 11 August.

This has already been estimated at approximately 5,160 tonnes of carbon dioxide, with 5,000 tonnes of that amount coming from travel to and from the game.

During the 2010-11 season the FA reduced its own carbon bootprint by more than 7% compared to 2008-09, allowing the organisation to achieve the Carbon Trust Standard.

To drive these reductions the FA’s green team was able to coordinate action to lower carbon emissions by improving building management system controls for lighting, heating and ventilation, and upgrading to more efficient equipment.

Keith Maloney, managing director of Maloney Associates, an independent energy and environmental management consultancy that has particular experience of working with football clubs, concluded: “Many of the leading football clubs have a passion and commitment to reduce carbon emissions, setting a good example for their fans. We have worked closely with both Manchester United and Liverpool FC to reduce their carbon footprints by 18% and 14% respectively.”