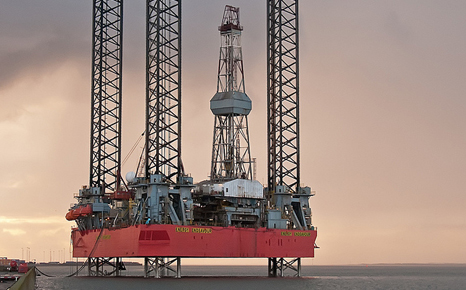 Drilling for a carbon dioxide storage site in the North Sea has been completed by British energy company National Grid.

The drilling is a major milestone in its programme, funded by an EU grant, to advance Carbon Capture and Storage (CCS) in Europe. The findings are significant as this type of storage site is common in Europe.

“This is the first time in the UK that we’ve done test drilling specifically for carbon dioxide and it looks as though it’s been successful and we’re going to have what will be a large site in the North Sea for being able to store carbon dioxide,” Isobel Rowley, a National Grid spokesperson, told RTCC.

Early indications are that the undersea site 65 kilometres off the Yorkshire coast is viable for carbon dioxide storage and will be able to hold around 200 million tonnes permanently. This is equivalent to taking ten million cars off the road for 10 years.

Peter Boreham, National Grid’s director of European Business Development said: “Global energy demand is likely to double in the next twenty years and CCS is the only technology that can turn high carbon fuels into genuinely low carbon electricity and keep costs low for consumers”.

Luke Warren, deputy chief executive of trade group the Carbon Capture and Storage Association acknowledged to RTCC the importance of this step for CCS in Europe.

Warren is now calling for reform to the “electricity market so we can encourage greater private sector investment into CCS.

“We’re in a fairly good place here in the UK. The government has £1 billion of funds [for] projects. If we get [the electricity market reform] right, that will put in place the market arrangements that will hopefully enable CCS be deployed at scale, which is what is needed if we’re going to reduce fossil fuels.”