Wind, solar and biomass generators in the UK now know level of support they could receive from government 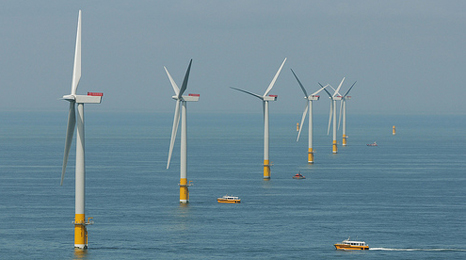 The UK government has released its latest plans aimed at providing investors in wind, solar, hydro and biomass with policy certainty in the coming decades.

Documents published on the government’s website outline the level of support generators can expect to received from central government.

Known as contracts for difference (CfD), these range from £100 per megawatt hour for onshore wind to £155MWh for offshore wind, reflecting their costs to providers.

Solar will receive £125/MWh while biomass will get £105/MWh. Talks are ongoing over the level of support CCS and nuclear operators could receive.

The government hopes these guarantees can help leverage up to £110 billion of private sector investment to 2020, to renew the UK’s energy infrastructure.

“The key contract terms have been published in detail to provide the energy sector and investment community with further certainty, so they can get on and invest,” said business and energy minister Michael Fallon.

CfDs have been hailed by the government as the most efficient way to support the decarbonisation of the UK’s electricity sector through nuclear, renewables and carbon capture and storage.

It says they will give greater certainty and stability of revenues by removing exposure to volatile wholesale prices, and protect consumers from paying for support when electricity prices are high.

“No other sector is equal in scale to the British power market, in terms of the opportunity that it offers to investors, and the scale of the infrastructure challenge,” Fallon said.

“When compared to the existing system of support, the Renewables Obligation, this new support mechanism will make it cheaper to deliver low-carbon generation by around £5 billion up to 2030.

“This will put the UK one step ahead in the global race to develop clean technologies, and will support up to 250,000 jobs across the energy sector.”

The government is offering the private sector the opportunity to provide feedback on the draft contract terms over the summer.

These views will be considered before it publishes final terms, expected to receive Royal Assent by the end of 2013, subject to Parliamentary timings.