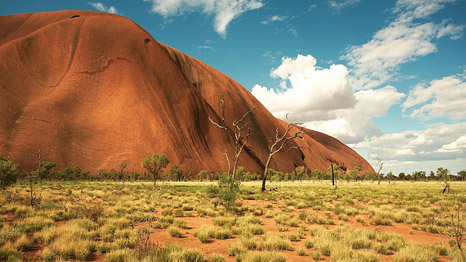 Extreme weather events in Australia are likely to increase in intensity and frequency over the next few years, but the country isn’t ready for it, a government inquiry warns.

According to the Senate commissioned report, extreme weather events will not come about gradually, but can be expected to hit with full force in the near future – a phenomenon that Australia has already been witnessing over the past few years.

The many extreme weather events listed in the report include the 2013 bushfires, which caused widespread damage across the southern states, and the record breaking heatwave that occurred in January of this year.

Dr Andrew Glikson, a climate scientist who submitted to the report, said, “This is not a gradual trend. When you look at the behaviour of the atmosphere past and present, it reaches tipping points and from a certain degree of energy in the atmosphere you get very rapid events over periods ranging from decades to maybe a century or two.”

The Climate Committee said in the report that, “Climate change is already increasing the intensity and frequency of many extreme weather events, adversely affecting Australians. Extreme events occur naturally and weather records are broken from time to time. However, climate change is influencing these events and record-breaking weather is becoming more common around the world.

The cost of such extremes in climate are likely to be high, warns the report – not only in terms of the financial costs incurred by governments and businesses, but also to the physical and psychological health of individuals who are caught up in natural disasters.

Deloitte Access Economics estimated in a report released in June that the total economic cost of natural disasters in Australia averaged $6.3 billion per year, and that this figure could double by 2030, and reach $23 billion by 2050.

The effects of climate change are being exacerbated by how Australians are making themselves increasingly vulnerable to extreme weather events, as the population grows and expands across the continent.

“These events are becoming more expensive,” says a spokesman from the Insurance Council of Australia in the Sydney Morning Herald. “The driver of this is that more and bigger homes are being built in disaster-prone areas, such as flood plains.

“Much of [the cost] could have been avoided if the damaged properties had been built to be resilient to the risks.”

The report highlights the importance of preparing for extreme weather across sectors such as utilities, emergency services and industry if the impact upon people, property and economic stability are to be kept to a minimum.

John Connor of The Climate Institute, which compiled sectoral resilience and readiness indicators, said he was surprised to find that Australia’s resilience was “patchy”.

“We were surprised, given Australia’s history of extremes, that the readiness was patchy. It was poorly coordinated and reliant on historic data. Our infrastructure managers are walking backwards with blinkers on into an uncertain and high-risk feature,” he said.