In addition to its solar PV sytem, the Palace will be adding a hydro system capable of powering 18 homes. 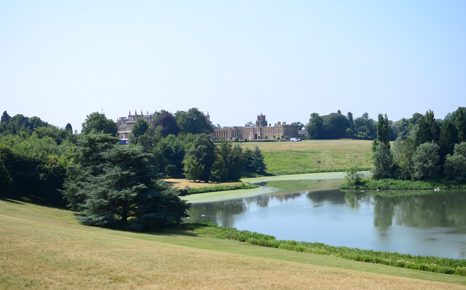 Hallidays will construct a micro-hydropower system on the River Glyme. (Source: Blenheim Palace)

Winston Churchill’s birthplace Blenheim Palace has announced it will install a £180,000 micro-hydropower system on the River Glyme this autumn.

The scheme will generate enough clean electricity to power the equivalent of 18 homes – almost three times as much as Blenheim Palace currently produces from solar PV – and cut CO2 emissions.

The Palace has teamed up with British renewables firm Hallidays Hydropower that will construct a system expected to last more than 40 years.

Blenheim Palace has earned a strong reputation for its pioneering commitment to sustainability, but this high profile endorsement of British design and engineering is indicative of a bigger trend towards ‘micro hydro’.

The technology is winning attention and investment from landowners, businesses and communities across Britain, generating income through the country’s renewables incentive scheme, and saving costs in the face of continuing energy price rises and CO2 reductions.

Based on current energy costs the scheme will also save the estate at least £5,760 per year in electricity costs giving a net return of £18,000 or more per annum

“Next, we’re installing two biomass boilers and, we hope, will be unveiling a second hydropower development with Hallidays in 2014. It’s an exciting time to be investing in renewables – it makes sense environmentally and financially,” said File.

The technology, dubbed “fish friendly” was selected for its low impact on the river’s ecosystem and its efficient energy production.

A side stream will also be developed as part of the scheme to improve fish spawning grounds and enhance the Bladon Dam ecosystem, where the turbine is expected to harness up to 87% of the energy from the falling water.