Marine species are advancing towards the poles, according to part of the next IPCC Assessment Report 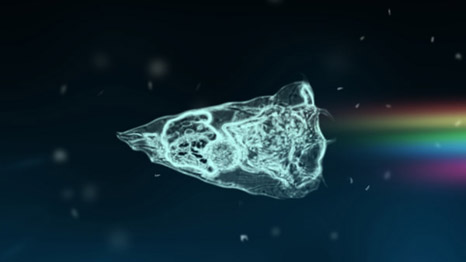 Warming oceans are causing nature’s calendar to go awry, a study has found.

As the temperature in the oceans rise, marine species are altering their breeding times and shifting homes, with consequences that researchers expect will impact upon the broader marine landscape.

The report, which was researched over three years, will form part of the Intergovernmental Panel for Climate Change Assessment Report, which is due for publication in 2014. The research was undertaken by scientists from 17 institutions from across the world.

Professor Camille Parmesan of Plymouth University’s Marine Institute says that this is the first comprehensive documentation of what is happening in the world’s marine systems in relation to climate change, and that the overall message is simple but important.

“What it reveals is that the changes that are occurring on land are being matched by the oceans. And far from being a buffer and displaying more minor changes, what we’re seeing is a far stronger response from the oceans,” she says.

The research showed that marine species such as phytoplankton, zooplankton and bony fish were moving towards the poles at an average rate of 72km per decade – considerably faster than the terrestrial average of 6km per decade – in spite of the fact that sea surface temperatures are warming three times slower than land temperatures.

Professor Mike Burrows at the Scottish Association for Marine Science said: “Most of the effects we saw were as expected from changes in climate. So, most shifts in the distributions of, say, fishes and corals, were towards the poles, and most events in springtime, like spawning, were earlier.”

According to Pippa Moore of Aberystwyth University, the findings demonstrate the need for renewed strength of purpose on the subject of the warming oceans.

She said, “These results highlight the urgent need for governments around the globe to develop adaptive management plans to ensure the continued sustainability of the world’s oceans and the goods and services they provide to human society.”