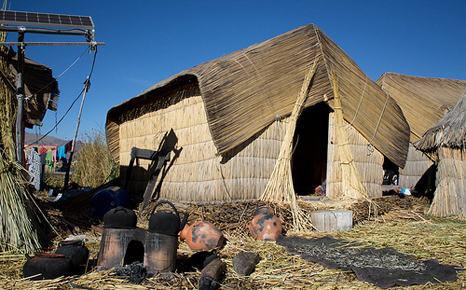 The government hopes to bring free electricity to rural communities by 2016. (Source: blperk)

Peru has launched an electrification programme offering free energy to rural communities through solar power to bring electricity to 95% of the population by 2016.

The National Photovoltaic Household Electrification Programme, costing around US$200 million, is expected to benefit more than two million people in Peru, the Energy and Mining Minister Jorge Merino told the Latin Herald.

More than six million people in Peru currently lack access to electricity. The country has some of the highest levels of solar energy in the world, but solar power plants have expensive upfront cost which have halted the development of solar power in the country leading to an installation capacity of less than 100MW.

“I would say it’s one of the most ambitious programmes in Latin America in terms of rural electrification,” Josefin Berg, senior analyst at IHS told RTCC. “The current initiative is a good start especially since they do have the financing in place.”

The energy minister inaugurated the first phase of the project on Monday in Contumaza, a province in the north-eastern region of Cajamarca, which is expected to provide enough solar panels for 500,000 households.

Currently Peru has just under 100MW installed, but the rural programme could double what they already have, said Berg.

However, Berg questions whether the funding set aside for this programme also includes storage.

“Is it going to be PV systems combined with batteries, which of course would bring the cost up radically, but it will still be cheaper than burning kerosene? But if you have a budget of US$200 million how much can you get from that?”

With an inexperienced domestic solar industry, analysts like vice president of market research company Solarbuzz’s Finlay Colville believes the success of this programme lies with foreign developers, which the Peruvian government is hoping to woo through a bidding process as part of the programme.

“Market development is contingent on foreign firms that have strong expertise, can execute on projects, and have the ability to construct bankable projects,” he said.

“The market is expected to grow slowly in the next few years, but still lag somewhat behind the key countries in the region (Brazil, Chile and Mexico).”