A summary of today’s top climate and clean energy stories.
Email the team on [email protected]tcc.org or get in touch via Twitter. 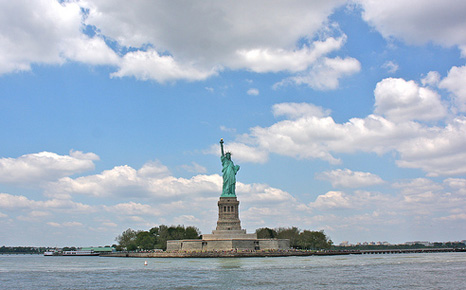 US: More than 1,700 American cities and towns – including Boston, New York, and Miami – are at greater risk from rising sea levels than previously feared, a new study has found. (The Guardian)

Tanzania: Minister of International Development Heikki Holmås has announced that Norway and Tanzania have signed an agreement under which Norway will provide NOK 700 million over a four-year period. The funds will be used for local solutions enabling the production of renewable energy in areas that are not covered by the electricity grid. (The Norway Post)

Research: Nearly doubling the efficiency of a breakthrough photovoltaic cell they created last year, University of California researchers have developed a two-layer, see-through solar film that could be placed on windows, sunroofs, smartphone displays and other surfaces to harvest energy from the sun. (Science Daily)

UK: An independent Scotland would be “at a deep strategic disadvantage” to Russia in the conflict that is expected to emerge from climate change, according to Icelandic academics. (The Courier)

US: High levels of pollution near US fracking sites point to the need for further research into shale gas extraction technology, say researchers. (RTCC)

US: EDF Renewable Energy is aggressively expanding its wind energy portfolio in Texas and may soon cross the milestone of 1,000MW operational capacity in the state. (Clean Technica)

US: Colorado laboratory is helping scientists to figure out how to incorporate renewable technology into the US electric grid. (RTCC)

UN: New offices are a “leap of faith” says CDM chair Stiansen, as the UN takes steps to revive interest in a flagship scheme. (RTCC)