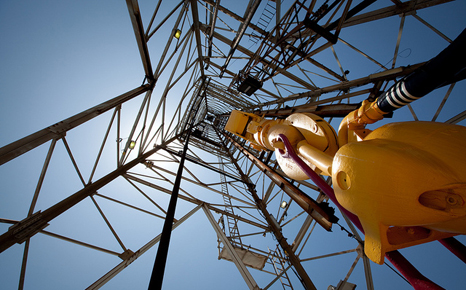 Toxic substances such as arsenic, selenium and strontium have been discovered in water wells

A high level of water contamination has been discovered in the water wells near a natural gas extraction site in the US.

The toxic substances, including arsenic, selenium and strontium, were all found at levels higher than recommended levels in wells in and around the Barnett Shale, an important reservoir of natural gas in North Texas.

The study, led by Kevin Schug, professor of chemistry and biochemistry at the University of Texas (UT) at Arlington, took water samples from 100 private wells.

The highest levels of contaminants were discovered within three kilometres of natural gas wells. While many of the heavy metals identified in the samples are naturally present in groundwater, the researchers found that they were present at levels higher than historical average.

“This study alone can’t conclusively identify the exact causes of elevated levels of contaminants in areas near natural gas drilling, but it does provide a powerful argument for continued research,” said Brian Fontenot, a UT Arlington graduate with a doctorate in quantitative biology and lead author on the new paper.

He added, “We expect this to be the first of multiple projects that will ultimately help the scientific community, the natural gas industry, and most importantly, the public, understand the effects of natural gas drilling on water quality.”

Arsenic, for instance, which occurs naturally in the region’s water, was detected in 99 out of 100 of the samples. However, the concentrations of arsenic was significantly higher in the samples taken from the areas near drilling sites, compared to non-extraction areas and historical data.

The researchers accepted no outside funding to ensure the integrity of the study, which indicates just how controversial such research is.

Fracking, which has dramatically decreased the cost of natural gas in the US from $15 per million British thermal units at the end of 2005 to around $2.30 in 2012, is a highly political subject, with millions of pound of lobbying from energy companies influencing debate.

According to the Center for Responsive Politics, Exxon Mobil spent $19.6 million on lobbying in 18 months.

With exploratory drilling set to begin in West Sussex, these kinds of discoveries will heighten the concerns in the UK that have already caused protests in Balcombe this weekend, with 16 arrests taking place on Friday.