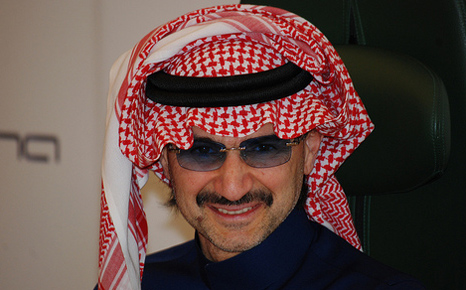 Saudi Arabia’s economy is too reliant on oil and needs to urgently diversify into renewables.

In a public letter to the country’s oil minister, Al Waleed said there is a “clear decline” in demand for oil from Organization of Petroleum Exporting Countries.

“The world’s reliance on OPEC oil, especially the production of Saudi Arabia, is in a clear and continuous decline,” he wrote on his Twitter site.

“Our country is facing a threat with the continuation of its near-complete reliance on oil, especially as 92% of the budget for this year depends on oil.

“It is necessary to diversify sources of revenue, establish a clear vision for that and start implementing it immediately.”

The Prince also called on King Abdullah to increase investments in renewable energies and reduce domestic demand for oil.

Saudi Arabia is the world’s second biggest oil producer, filling 12.5 million barrels a day that account for 12.9% of global production.

The government recently set itself the target of generating 33% (54GW) of its energy from renewable energy sources by 2032, backed by a $109 billion investment.