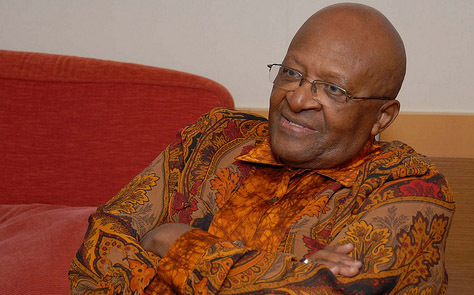 Obama is set to make a decision on Keystone in the coming months, with pressure building from the oil and environmental lobbies

Ten Noble laureates have sent a letter to Obama protesting against the construction of the Keystone XL Pipeline.

The group, all of whom have received Nobel Peace prizes for their activism, wrote to Obama and his Secretary of State John Kerry to urge them to resist pressure from the powerful oil companies and to reject the pipeline.

While there is no single policy that can avoid dangerous climate change, they wrote, saying “no” to Keystone XL would be a critical step in the right direction.

The list of signatories includes, among others, Archbishop Desmond Tutu, Leymah Gbowee and Shirin Ebadi.

Hannah McKinnon from Environmental Defence Canada, one of the organisations that worked on getting the letter written and published, says, “It’s a powerful group of people that speak with a lot of moral authority.

They certainly have a high degree of credibility when it comes to talking about a critical moment that’s really going to define something that could make or break a safe planet for future generations.”

The letter, which was printed in the Washington Post, said, “Alberta’s oil sands are Canada’s fastest growing source of greenhouse gas pollution and emissions are protected to double over the next seven years.

“You have both been clear that it is time for the United States to step up and do its fair share to fight the climate crises.

“We acknowledge the work and investment that is happening in North America to increase energy efficiency and clean energy, but unless we dramatically accelerate such efforts and move more quickly away from the use of fossil fuels our other efforts will be rendered practically irrelevant.”

McKinnon says that it is an important issue for the Laureates due to its close connection to peace and human rights.

“Climate change is one of the defining issues of our time, and changing climate is certainly exacerbating resource conflict and it is ultimately the world’s most vulnerable people who will pay the biggest price for a changing climate,” she says.

“The Laureates see action on climate change as being absolutely critical in keeping those people safe, and keeping their lives and livelihoods intact.”

This is not the first time that Obama has received direct communication from a group of Noble laureates over this issue.

The group sent their first letter protesting the Keystone XL Pipelines in 2011, which also included the signature of the Dalai Lama.

Together, the letters focus on both the devastating effects that the growing number of extreme weather events are having on people around the globe, as well as the negative impact that the pathway of the pipeline could have on American citizens.

“All along its prospective route, the pipeline endangers farms, wildlife and precious water aquifers – including the Ogallala Aquifer, the US’ main source of freshwater for America’s heartland,” they wrote in 2011. Obama rejected the initial route of the pipeline in January 2012 for the reasons highlighted in the letter.

This time, they write that, since 2011, the risks of tar sand soil and the threats of dangerous climate change have become clearer.

“Tragic extreme weather events, including hurricanes, drought and forest fires in your own country, have devastated hundreds of millions of people around the globe.

“Recent tar sands oil spills in Kalamazoo, Michigan and Mayflower, Arkansas, have served as a harsh reminder that shipping the world’s dirtiest oil will never likely be safe enough for human health and the environment.”

For Jody Williams, who won the Peace Prize in 1997 for her campaigning against landmines, it was not enough to put her name to a couple of letters. In 2012, she did a tour of the tar sands and the proposed pipeline route, and will soon be publishing her experiences of the trip.

Obama has yet to deliver the final verdict on the project, although opponents to the project were buoyed last month when he said in his speech at Georgetown University, “Allowing the Keystone pipeline to be built requires a finding that doing so would be in our nation’s interest.

“Our national interest will be served only if this project does not significantly exacerbate the problem of carbon pollution.”

McKinnon says, “The President himself has won a Nobel Peace Prize, and I think they are certainly hopeful he has it within him to make the right decision and reject the pipeline for the sake of our shared climate.”