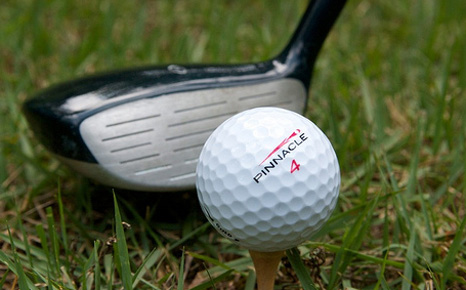 Dry conditions at this year’s British Open at Muirfield aggravated some players, who said the greens were impossible to negotiate

High temperatures and a lack of rain made some of the greens at golf’s Open Championship virtually unplayable last week.

Eventual winner Phil Mickelson complained after the first day’s play that the greens were “dying” due to the heat.

And it exposed what many in the golfing community have known for a while – that the sport will be acutely vulnerable to changing weather patterns.

Extreme rain or heat can wipe out a course, killing the grass or leaving soft, wet playing surfaces and standing water, common features at many golf courses.

Golf clubs appear to be aware of the steps they need to take to keep the sport healthy, but many don’t appreciate the urgency of the situation.

Steve Isaac is head of course management at golf’s Royal & Ancient (R&A) governing body. He told RTCC it will take: “a long time in planning and implementation” before new practices to help adapt to changing conditions can be implemented.

“Many aspects of The Open, from venue preparation to staging and operations, take environmental and sustainability considerations into account. We are currently reviewing how we record and report these.”

Organisations like the Scottish Golf Environment Group (SGEG) have been set up to help courses move in the right direction,

“The effect of climate change and how golf is adapting to it – the change in weather patterns, change in rainfall and temperatures – have a big impact on how golf courses are managed,” said Carolyn Hedley, SGEG project manager, who says that over the last five to ten years courses “have been investing heavily in better drainage.”

Golf courses can cover areas as large as 200 acres or more, and require extensive drainage systems to prevent flooding.

“Clubs will need to use water much more efficiently and perhaps recycle water. New strains of grass may be required and players at all levels will need to get used to the changing conditions.”

Theoretically, the ideal soil at a golf course should comprise approximately 50% solid matter, 25% air and 25% water, but as the SGEG document points out,  Scotland’s erratic weather is changing the playing field.

It’s not all bad news. The R&A says lush green grass is not necessary for a good game. The 2006 Open at Hoylake was played on a crusty course in dry conditions.

“Links courses, on which we play The Open, are on sandy soils and naturally free-draining,” said Isaac. “The native grasses, fescues and bents, which are to be found on these courses are fairly drought-tolerant so we don’t have to water the course that much even in a dry and warm run-up to The Open as this”.

These grasses also protect a wide variety of wildlife, highlighting the importance of the course’s ecosystem when managing change.

“They are fantastic for wildlife. There’s an amazing wealth of wildlife that’s protected by the golf courses,” said Hedley.

Rising energy bills are a smaller problem for clubs, although the SGEG estimates they spend around £15,000 on electricity every year.

Some, like Kemnay in Aberdeenshire have installed a solar heating system to deliver hot water for the kitchen and showers.

The solar thermal system is expected to help the company save £334 at current prices while the switch to biomass energy has saved the club more than £8,500 on electricity costs in the first year.

“Clubs are looking at their energy efficiency to deduce how much they’re contributing but that’s minor because golf clubs are tiny little buildings but it’s all there to save money and helping reduce their carbon production,” said Hedley.

And as well as falling costs, golf clubs in the UK can also look forward to one of the few bonuses of a changing climate – warmer conditions.

“It is not all doom and gloom,” said Horton. “Climate change also brings benefits and opportunities.

“An extended playing season means golf will be possible in parts of the country and at times of the year where it has not previously been so. This will mean millions of extra rounds every year.”