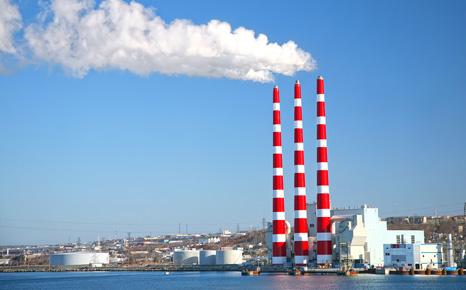 China accounts for 24% of global emissions, and its GDP is expected to overtake the USA’s before 2030

Support for a carbon tax within China appears to be growing after reports the nation’s finance minister has backed plans “in due time”.

China is the world’s largest source of greenhouse gas emissions, and developing an economically viable way of cutting pollution is now a priority for the government.

Discussions on a range of technology and policy instruments have been underway for some time.

The exchange in the southern city of Shenzhen involves over 600 local businesses, targeting around 30 million metric tonnes of CO2.

Similar zones in Shanghai and Hubei are expected to launch later this year.

In February the Ministry of Finance released a series of tax reforms on its website, one of which was a tax on carbon dioxide.

It is unclear when any tax could be introduced. Regional experts have told RTCC the emissions trading scheme is unlikely to be ready before 2020, but a recent report in China Dialogue suggests a tax could become reality before 2015.

“I do hope that by 2020 a functioning emissions trading scheme (ETS) can be put in place – this will give them eight years to do testing, build infrastructure and eventually make it work – that’s my personal assessment,” the World Bank’s Xueman Wang told RTCC in April.

Two weeks ago experts from the Energy Research Institute, which is affiliated to the influential National Development and Reform Commission, said the country’s emissions could peak before 2025 if the government took a tougher line on pollution.

Together with massive investment in renewables and efficiency, the authors recommended a nationwide carbon pricing scheme be deployed within the coming years, which they said could be implemented without damaging growth.

“The results suggest that recent and continued technological progress will make it possible for China to limit its CO2 emissions and for these to peak before 2025,” the paper said.