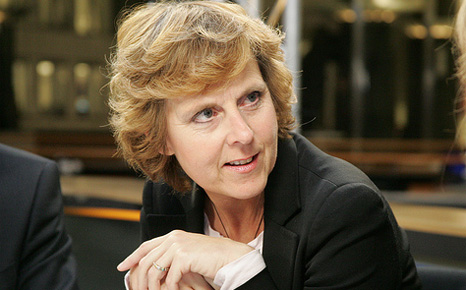 Plans to link the Australian and EU emission trading schemes are likely to be brought forward after Kevin Rudd signalled Australia’s carbon tax would be phased out in 2014.

The Prime Minister indicated the tax would be replaced with an emissions trading scheme on 1 July 2014, the day after the tax officially ends.

In a tweet EU Climate Commissioner Connie Hedegaard today promised that talks aimed at linking Europe’s scheme with Australia’s were likely to be accelerated.

EU officials in Brussels could not confirm any more details, saying it was “work in progress”.

Both parties originally announced they were working together on a common ETS last August.

“A full two-way link between the two cap and trade systems will start no later than 1 July 2018,” the joint statement read.

“Under this arrangement businesses will be able to use carbon units from the Australian emissions trading scheme or the EU Emissions Trading System (EU ETS) for compliance under either system.”

The announcement included plans for an ‘interim’ link from 1 July 2015 enabling Australian businesses to use EU allowances to help meet liabilities under the Australian emissions trading scheme.

The fixed-price carbon tax provide an unpopular measure in Australia, and local observers believe that with elections looming Rudd felt he had no choice but to scrap it.

The government says it means an average family will be AUS$380 better off as a result.

“If Rudd makes the switch to an ETS the top priority of his term, legislative changes could occur relatively quickly despite the tight time frame, although this is contingent on the next election date which has yet to be set”, said Cecile Langevin, Senior Analyst at Thomson Reuters Point Carbon.

The EU ETS is the cornerstone of the region’s climate policies, but has struggled with an oversupply of credits and sluggish demand since the 2008 global financial crisis.