Wind farms could be located 2000 metres in the air, taking advantage of stronger winds and cutting infrastructure costs 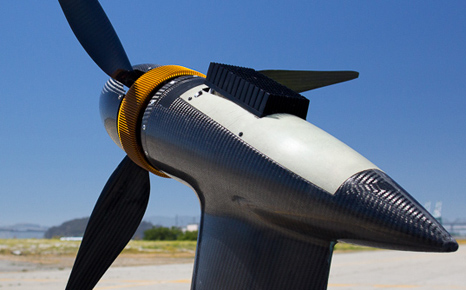 A new generation of flying wind turbines will enable wind power to be harnessed more cheaply and efficiently, say researchers into the technology.

Airborne wind turbines can access the enormous volume of wind that is beyond the reach of traditional turbines, while cutting out the need for the huge structures and foundations that can make the current model expensive and difficult to transport.

While no single design which has dominated the nascent airborne turbine scene, the most efficient swoop quickly through the air, like a kite or a glider, and are tethered to the ground using a long cable.

These, known as crosswind models, can reach a much higher altitude than the heavy structures of a traditional turbine will allow. Airborne wind turbines have already been developed to operate at 600m, compared to the average 120m of a standard turbine.

Swooping machines and high altitudes means access to faster winds, which has a dramatic effect on the power output of the turbines.

“The faster this device goes through the wind, the power will increase with the cube of that speed, so there really is a real benefit to going faster,” explains Oliver Woodford, an engineer at Toshiba Research Europe Limited, presenting the latest research to an audience at Bath University.

The untapped wind resources that this opens up are enormous. According to a paper published in Nature last year, wind turbines placed on the earth’s surface can only extract energy at a rate of 400TW, while high altitude wind power can provide at least 1800TW.

Extracting energy at this level would have a profound impact on the climate, but harnessing the 18TW of power globally in demand each year is unlikely to have any substantial side effects. Geophysically speaking, there is nothing to suggest that these devices cannot be rolled out on a grand scale.

Richard Ruiterkamp, the founder of Ampyx, a company who is currently developing the PowerPlane® airborne turbine, says, “As a development team, we consider this to be a likely candidate to diversify energy sources.”

Even within the crosswind models, there are different ideas on how best to harness the kinetic energy of the wind to generate electricity.

Lift-based systems generate power by reeling the turbine in and out on its tether, passing it into a generator at ground level. The PowerPlane® is an example of this type of technology, which Ruiterkamp hopes will be on the market by the end of 2015.

With drag-based systems, such as the one being developed by Makani, a Californian start up company recently acquired by Google, power is captured through a series of small turbines installed on the larger rigid wing, and passed through the tether to the ground.

The notion of having lots of smaller turbines was adopted on the basis that most of the power generation happens in the tips of the blades, where the velocity is fastest.

Woodford says, “If you get rid of all the structure and just have the tip of the turbine blade, you save a lot of unwanted structure.”

Reducing this structure means that wind becomes a more viable option for future power generation, since, not only does it lower the cost and carbon footprint of construction, but it also makes it easier to transport over land to areas that the typical cumbersome turbine would not be able to reach.

There are also more opportunities to construct them out at sea, since all they require is a buoyant platform moored to the sea bed. One developer, SkySails, has suggested that depths up to 700m should be possible.

Although, like a typical turbine, the wind will have to reach a minimum speed before they can be put to use, the power supply of an airborne turbine will be more reliable because of its ability to harness higher density wind areas.

“Because you’re going higher, more often that wind speed will be met,” explains Woodford. “They are going to be more frequently operational, so you’re going to have more consistent power supply.”

There are still issues to be ironed out before these come onto the market. Each model has certain drawbacks, such as problems with control or durability, but largely these wrinkles concern the economics and regulatory limitations of their production.

With the machines flying at such a height, there will be issues of airspace that need to be resolved, and they will need to be certified to ensure they meet the standards of air safety.

Ruiterkamp says, “For a new technology, there are quite substantial entry barriers in the energy market. We think our first installations will be funded and owned by Ampyx Power itself.

“If you are contemplating putting these machines on the ground, you will have to finance it yourself. We can’t insure the machine or guarantee the output power or cost.”

Stephan Wrage, the managing director of SkySails, said that the company has “already has invested approximately €50m in the kite technology. Nevertheless, significant amounts (€15m and more) are necessary to further develop the technology for power production in the megawatt-scale.”

Google’s recent decision to purchase Makani suggests that investment in the industry could be more forthcoming in the future, as well as helping to put this kind of technology on the map. Lack of awareness about this new generation of turbine technology, says Woodford, is another hindrance to its development.

He says, “If this is to take off, it needs a lot more investment. It needs lot more people to know about it and more people convinced of its benefits.”