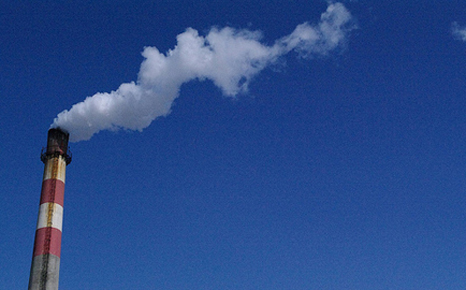 The nanomaterial, described as having a ‘metal–organic framework’, separates CO2 from nitrogen, a major waste gas released by burning coal.

University of Adelaide researchers published their findings in the Journal of the American Chemical Society, and believe this could be a far cheaper method of splitting carbon and nitrogen molecules, potentially revolutionising current Carbon Capture and Storage (CCS) techniques.

“It is like a sponge but at a nanoscale. The material has small pores that gas molecules can fit into – a CO2 molecule fits but a nitrogen molecule is slightly too big. That’s how we separate them,” said project leader Chris Sumby.

“Removing CO2 from the flue gas mixture is the focus of a lot of research. Most of Australia’s energy generation still comes from coal. Changing to cleaner energies is not that straightforward but, if we can clean up the emissions, we’ve got a great stop-gap technology.”

CCS forms a major part of most long term energy and climate strategies, offering a vital bridging technology that could allow countries to continue to burn coal, gas and oil while cutting their overall emissions.

It’s particularly important for Australia, which not only relies on coal for around 40% of electricity generation, but also is the world’s leading exporter of black coal.

A number of research institutions around the world are working on developing cost effective carbon capture technology.

In the UK around a million tonnes of liquefied CO2 is now separated from natural gas and pumped back into the Sleipner field under the Norwegian North Sea each year.

In the last seven years almost four million tonnes has been put back deep under a natural gas field at In Salah in Algeria.

But while capture technologies are fairly well established, storage and stable geologies appear to be harder to come by.

“Biggest initial cost reductions come from the economies of scale that will come from infrastructure and being able to move to a bigger size of project, and this risk reduction which feeds through to cost of capital for projects,” said Chris Littlecott from energy analysts E3G.

“That’s largely down to access for storage. When you look at the next 10-15 years, yes we still need to look at ways of reducing the cost of capture, and that’s an ongoing thing, but actually in terms of making CCS deployable and attractive as a commercial opportunity, it’s about risk reduction and economies of scale.”