Comment: education is the key to addressing climate change 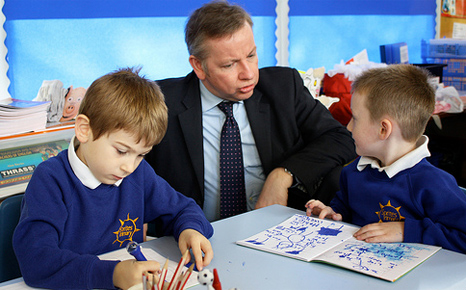 Climate change is now back in the UK geography curriculum after indications from education chief Michael Gove it would be left out (Pic: DOE)

In recent months, climate change education has hit the headlines.

It’s been introduced in the US curriculum, and threatened to be removed from the parts of the UK’s. It’s an issue that has sparked much debate, and in the UK’s case, outcry from thousands, particularly from young people and schools (to recent success). So why has education sparked such interest and been considered so vital an issue?

Education is vitally important for several, key reasons. It can deliver the scientific facts about the biggest issue facing young people, something that is being felt by millions worldwide. It equips youth with the skills to help combat climate change, and be part of a green recovering, and positive future.

It also encourages young people to be involved as global citizens, and involves and engages them in an issue that’s impacts will be felt most keenly by those now going through the education system.

We have a responsibility to educate, not only bound by international convention, but by moral and ethical duties. Schools must educate young people about the world around them, so that they are informed with facts and key issues.

Education should keep up to date with science and academic thought. Just as the facts and science of stem cell research or alcohol abuse are taught, because of their relevance and strong scientific foundations, so should climate change and sustainability – indeed, even more so, given the magnitude and impact of environmental issues.

Such education must be about facts and science, not treated as the political football as it so often is. Such politicisation mires the issue, and means that the urgency and relevancy of climate change education is often lost amidst political point scoring. This should, as with other relevant science-based issues, be an area of consensus, not party political manoeuvring.

Beyond establishing the facts of the issue, education can have be a great force for good, preparing young people to face, and indeed improve, the world after education has long been completed. How can we expect creative solutions and innovation to combat climate and sustainability issues if we don’t educate the next generation about them?

The UK campaign against the removal of climate change from the Geography curriculum is itself proof of the power of education.

This is especially relevant with the need for innovation and sustainable development. Currently the green economy is nascent, its burgeoning growth providing employment and a viable alternative to resource hungry industries and economic models.

But positive growth needs new generations who both understand the need for alternative development and have the passion and desire to act.

Education has a key role in showing young people that not only do they have wider responsibilities, but also that they are entitled to involvement in decisions.

Climate change and sustainability are issues that cut across generations, and the decisions that are made today will have impact not upon the generation that makes them, but generations to come.

Education can help give young people the tools to take part in these decisions, allowing them to enter into the debate.

Finally, there is a legal obligation for many countries to educate about climate change. Under Article 6 of the UN’s Framework Convention on Climate Change, signatories are obliged to: ‘Promote and facilitate …the development and implementation of educational and public awareness programmes on climate change and its effects’.

This article is clear and direct, and must not be ignored.

However in many respects this legal obligation is a lesser consideration when compared to the moral obligation each generation has to educate the next about climate change.

Education is the most powerful tool and can engage young people in the debate, prepare them for working with the green economy, and give the definitive science and facts about the biggest issue facing young people. To quote H.G. Wells: “Human history becomes more and more a race between education and catastrophe.”

Adam Dyster is a first year history undergraduate at University College London and a member of the UK Youth Climate Coalition. Follow him on Twitter @AdamDyster