Rolls-Royce: Algae-powered planes within next 20 years

Airbus constructors EADS and leading engine manufacturer Rolls-Royce believe algae could replace kerosene as an aviation fuel within the next two decades.

Powered by a hybrid propulsion system similar in concept to the technology found in many energy efficient cars, it would produce 75% less carbon dioxide than today’s planes.

The hybrid engine would use a combination of electricity and biofuel from algae.

“We have already proved that it is technically possible to fly with algae oil. Now we need to demonstrate that the industrial production of algae-based biofuel is both ecologically and economically viable,” said Jean Botti, chief technical officer of EADS, reports International Business Times. 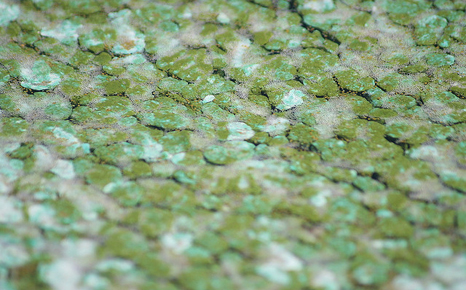 Aeroplane hybrid engines would use a combination of electricity and biofuel from algae. (Source: Mark Sadowski)

In 2010, EADS showcased the world’s first flight of an aircraft powered by biofuel from algae. Under this new design, the plane would be propelled by six electric fans on the back of its wings.

During take-off and flight, the plane’s fans will draw power from a lithium battery, which the engine will recharge once the aircraft has reached cruising altitude.

Botti believes that this type of plane could be fully operational within 20 years.

The air transport sector generates around 2% of global man-made CO2 emissions. As the aviation industry has no alternative to liquid fuels of fossil origin, the use of biofuels is essential for it to drastically reduce CO2 emissions.

At the beginning of June, the 240 members of the International Air Transport Association (IATA) trade group, representing 84% of global air traffic, called for a mandatory system that would require airlines to offset any growth in their emissions after 2020.

Efforts to regulate greenhouse gases from the aviation sector have stalled although there are hopes for a deal this Autumn.

Algae are considered to be promising potential feedstock for biofuels, as certain species of algae contain high amounts of oil. This oil can be extracted, processed and refined for various uses.

Their cultivation does not compete with food production because algae can be grown on poor quality land using non potable or saltwater.

At the Paris Air Show last month, Airbus announced it was working with the European Commission and other stakeholders to develop a European roadmap, Flightpath, for the implementation of aviation biofuels in Europe.

As a first step the project targets the annual production of two million tonnes of aviation biofuel by 2020 (representing roughly 4% of EU aviation fuel consumption).

Airbus believes that by 2030, up to a third of aviation fuel could come from alternative sources.

The aircraft manufacturer Airbus alongside other companies like Air France established a group at the Paris Air Show to illustrate the French industry’s technical capacity to integrate aeronautical biofuels.

Since 2007, Air France claims to have been has been reducing its fuel consumption per passenger by around 7%.

The company supports an innovative project to demonstrate production of biofuels from forestry waste undertaken by the French atomic energy and renewable energies commission. Air France will also be part of the company in charge of the production’s industrialisation.

The first deliveries are expected in 2018, representing 15,000 tonnes per year.

Also present at the Air Show was Boeing’s 787 Dreamliner.

“Boeing has made steady progress throughout the jet age in improving the environmental performance of its products, from fuel use and emissions to community noise,” said Scott Lefaber, spokesperson for Boeing.

“Boeing’s commitment to improving environmental performance is based on the company’s deeply held belief that doing the right thing for the environment also is good business.”

On a global scale, biofuel production remains very low while the cost of production is at least twice that of producing fossil fuel. In France, currently no biofuel is available.

In the US, United Airlines and AltAir Fuels announced the purchase agreement for 15 million gallons of sustainable aviation biofuel in June.

More than 56 million jobs and US$2.2 trillion of GDP are supported by the world air travel industry.

The volcanic ash cloud impact in 2010 demonstrated how vital aviation is to global economy; the total drop in GDP through lost revenues from tourism, business and international trade came to $5 billion in the first week alone.