America’s cattle herds will shrink – not in number, but in weight and yield – as the climate warms, according to new research that delivers an ominous warning for farmers.

An extensive study of bison − those great wild cattle that evolved to graze the prairies of North America − has confirmed that animals from warmer, drier grasslands weigh considerably less on average than those from cool, wet ranges. 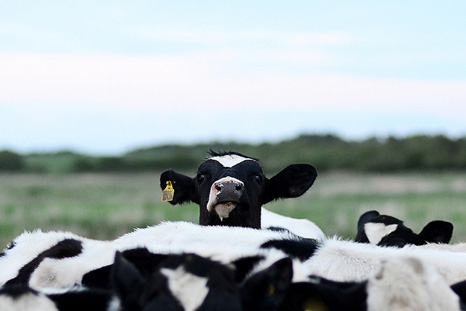 Joseph Craine, a researcher from Kansas State University’s Division of Biology, reports in the Public Library of Science journal PloS One that he analysed weight, age and sex data from 290,000 animals in 22 herds throughout the US.

He found that the average seven-year-old male bison in South Dakota weighed 856kg (around 1900lbs), while counterparts in Oklahoma clocked in at 596kg (1300lbs).

The difference in mean annual temperature between the two ranges was 11°C, and the two sets of values told an ominous story of change in a warming world − not just for wild bison, but also for domestic cattle.

The world is almost certain to warm by more than 2°C on average in this century, and the rise could be as great at 4°C.

As temperatures rise, precipitation is likely to fall, with consequences for plant growth. If the same reduction in weight gain applies to beef cattle as to bison, the finding is “a pretty clear indication” of bad news for food security and for the graziers.

There are around 500,000 bison in the US – the species was all but extinguished during the 19th century – and more than 90 million cattle. Dr Craine calculates that each 1°C rise in average temperatures could cost farmers $1 billion in profits, either through direct reduction in weight gains or in the costs of additional supplementary feeds.

The research is in line with other findings this year. As reported in January, evidence from 55 million years ago − when the world warmed by 6°C – was unearthed during drilling in the National Science Foundation’s Bighorn Basin Coring Project in Wyoming. It indicated that animal size tended to dwindle with rising temperatures, almost certainly in response to changes in nutritional value.

The implication that mammals could dwarf and humans shrink towards hobbit-like stature under a changing climate was tragically confirmed by a study of body heights among children in north-east Brazil.

In response to near-starvation conditions, children who were brought up on a diet of rats, snakes and cacti reached an average adult size of only 1.35 metres (4ft 6ins).