“Finally the United States is putting out a menu of very concrete measures,” said Figueres.

“But I think the fact remains that compared to what the science demands…no country is doing enough,” she told Reuters at a meeting of climate activists in Istanbul. 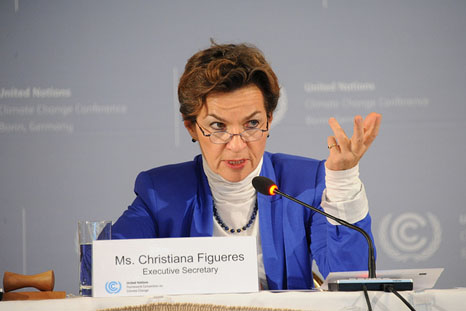 Christiana Figueres said no government is yet doing enough to match what the science says is necessary (Source: Flickr/UNFCCC)

Scientists have determined that warming beyond 2°C would be dangerous with governments agreeing to adopt this target during the Copenhagen UN climate negotiations in 2009.

Several reports by the World Bank, UNEP and the International Energy Agency (IEA) have said current policies will mean this level will be exceeded.

Figueres was pleased to have a shift in stance from the US which has struggled to make strong climate commitments in the face of domestic hostility from Republicans.

She warned that it was important for the US to now follow through in its promises.